Here we take a look at some upcoming or recently-released books by female writers!

Books are flying out of publishers left right and centre this year, and we are absolutely ecstatic!

Since it was recently National 'Girl, Me Too' Day (April 7th), we wanted to highlight some brilliant books that have come out, or are yet to come out, all written by talented female authors!

Blythe Connor is determined to be a good mother; but will she succeed?

The Push follows Blythe on her journey as a new mother to baby Violet – she wants to make sure she is a better parent than her own ever was.

Rather soon, Blythe starts to feel that something is wrong as her daughter isn’t behaving like she should. Her husband, Fox, thinks she’s making it up. The more the book goes on, the more we as readers question Blythe’s sanity…

However, then her son Sam is born, and she finally has that connection with her child she was missing with Violet. When the Connors’ lives are turned upside down, Blythe is forced to see the truth.

Audrain’s novel challenges the idyllic picture of motherhood, and will change what you know about being a mother. It is tenacious and really makes you think about what it’s like when women aren’t taken seriously.

We follow both Nella, a former healer turned poison-seller in 1972 London, and aspiring historian Caroline in the present day.

Nella, after turning to her dark side, sells poison to women who want to rid themselves of the men in their lives. She only asks that these women follow two rules.

Rule number one: the poison must not be used to kill another woman; rule number two: the names of the murderer and her victim(s) must be written down in the apothecary’s register. Could this cause problems for Nella?

Caroline on the other hand, is spending her 10th anniversary alone after learning of her husband’s infidelity. When she finds an old apothecary near the Thames, she can’t help but peek inside…

Penner’s exciting novel combines both past and present, and connects the lives of two women – both seemingly rather different from each other. Will everyone come out alive after Caroline’s discovery?

Matheson’s debut novel, The Jigsaw Man, is the story of a relentless killer brandishing a tell-tale mark. But that criminal is already behind bars…

Inspector Anjelica Henley had just returned to the field after some significant time off, due to her dealings with Peter Olivier, a man who would cut up his victims and leave them to be found.

When a new streak of gruesome murders begins, seemingly by a copycat killer, both Henley and even the original killer, Olivier, are at odds at who the new murderer could be.

While Henley’s plate is already full with a failing marriage, adultery, and her job knocking at her door, she must also solve the case of the new Jigsaw Killer.

Matheson really digs deep into the life of Henley, and makes it significant to her investigation. There are twists, turns, and shockingly in-depth details of the murders – it’s one to read if you’re after a nitty gritty crime story.

A banished witch falls for the illustrious trickster Loki and risks the wrath of the Gods, in a tale that cleverly reimagines Norse mythology.

Angrboda’s story begins where a witch’s story normally ends – at a burning. Odin is punishing her for refusing to share her visions of the future; as the fire leaves her vulnerable and helpless she manages to reach the furthest corner of a remote forest.

There, she is found by a man who reveals himself to be Loki. Distrust turns into love rather quickly.

Their affections bring three unusual children into the world, each with different destinies; Angrboda is keen to keep them away from Odin’s watchful eye. However, this presents danger and she must now choose to either accept her family’s fate, or rise to remake their future.

Gornichec has done a wonderful thing here, reworking Norse mythology into a wonderful and exciting new tale for everyone to experience. It appears to be a smart and enticing story – something you won’t want to put down.

Krystal’s 29th birthday is not going the way she imagined. It keeps getting worse for her, and the only thing that can save her might be the thing that got her into this mess in the first place.

Krystal had everything going for her: her boyfriend finally proposed, she landed her dream job, and moved into her ideal apartment. But it turns out everything doesn’t say peachy for long – her partner has been cheating on her, she goes from magazine writer to an admin job, and her amazing apartment blows up…

According to her best friend, Saturn’s return is the reason for everything going wrong – Krystal isn’t so sure, but is determined to do whatever it takes to get her life back on track; and she only has six months to do so.

This book seems to be charming and asks you to simply believe. Not everyone is into astrology, but Krystal’s story, as she loads up with tarot cards and crystals, may be one to turn your head.

RELATED: All the best books released in the past year which are sure to keep you hooked!

These books have been all over our Twitter feed; due to their recent release or because of the sheer volume of praise they’ve received.

Books are a brilliant way to pass the time, whether you’re into crime fiction or literature that will put a pep in your step; every single one of these is worth checking out... 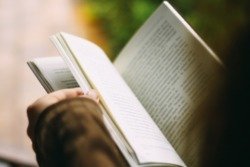 All the best books released in the past year which are sure to keep you hooked! 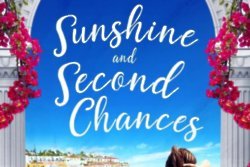