Nicole Kornher-Stace writes a piece for Female First upon the release of her new book Jillian Vs Parasite Planet.

1. I'm actually a very private person so it's hard to imagine what people might want to know about me! I started writing and trying to publish professionally around age 13 (three guesses how well that worked out for me!) with my mid-1990s copy of Writer's Market and my pile of self-addressed stamped envelopes, with the adorably misguided notion that I could live out my days as a Recluse Writer in a garret somewhere, which turned out to be a rather out-of-date stereotype. I was a weird child who grew up into a not-appreciably-less-weird adult, and I like to let that show in my characters, who are almost invariably girls or women who are genuinely good people without being conventionally "nice." I find it much more relatable and very hard to find. 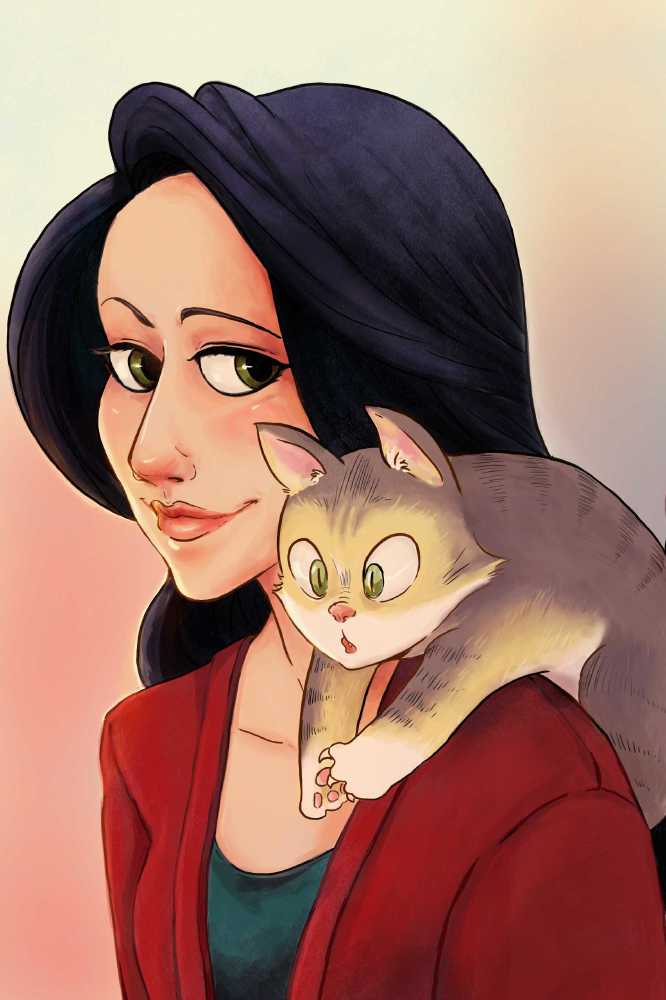 2. "Very hard to find" actually explains why I write much of what I write--because I want to read it and I can't! For example, my young adult and adult novels are full of strong platonic relationships between men and women, because I hate seeing those friendships devalued in fiction or considered "less important" than romance by definition. So I have made it my mission to provide some examples of the kind of relationships I needed to see as a teenager and never did, and that I still need to see as an adult and still never do. Honestly, it can be hard going! For example, my YA debut was rejected by agents more than once for its total lack of romance, but once it was published, reviewers and readers loved that it depicted a relationship type that doesn't often get much representation, so I'm glad I refused to back down.

3. I never planned to write a children's book. My mom was always telling me I should give it a try, though, and eventually I took that excellent advice and Jillian vs. Parasite Planet was born. In this book it was really important to me to have my very science-heavy survival/adventure story be led by a girl protagonist, because way too much of the really fun fictional media aimed at kids has boy protagonists and I find that boring. And I wanted her to have an anxiety disorder, because my son Julian has one, and I was tired of seeing anxiety in children depicted as "shyness" in books and movies, where in reality it is so much more than that! But because it's constantly misrepresented, it can be hard to recognize in yourself or your child, and I wanted to do my tiny part to help.

4. I live in upstate New York, about a 90-minute drive north of New York City. It's full of hiking trails and apple orchards and is generally pretty much the opposite of what people think of when I tell them I live in NY. It's a great place to develop a love of hiking and biking and camping and the outdoors in general, but as a child I was extremely bookish and reserved and indoorsy and would gladly stay locked in my room all day if allowed, so I didn't realize how much I adored the outdoors until I was an adult. Now that I have a child of my own, it's been a ton of fun to take him on hikes and bike rides and camping trips, although of course coronavirus has put something of a damper on that. So instead we've been learning how to grow food. We live in a townhouse with no land of our own, so we've been getting creative with container gardening. It's been a lot of fun, and my kid is eating so many more vegetables. Awesome.

5. The above has been working out so well for us because I've been homeschooling/unschooling my son for a bit over two years now. All throughout my childhood, all I wanted in all the world was to be homeschooled--or, rather, to be left alone to my own devices to do independent study of whatever I felt like at the time. But I was never allowed to, so as soon as I learned I was pregnant I promised myself that I'd let my kid learn however they wanted. If they wanted to go to public school, fine. If they wanted to be homeschooled, fine. It turned out that he loved the first several years of public school and then didn't like it anymore (and, honestly, the public school setting never suited his learning style anyway) so I pulled him out of there in the middle of the school year and never looked back. He spends his time now learning by doing things rather than memorizing them, and he gets to be outside as much and as often as he likes. We love it.

6. I spent the first three decades of my life thinking I was a dog person, just because the few cats I'd met seemed to strongly dislike me. (Which is fair.) But a few years ago I went to a cat café and a very sweet 9-month-old former stray cat named Lilac got very attached to my son, and we decided to adopt her. It's been one of the best decisions of my life. She is a very sweet, very ridiculous creature, and nothing at all like what I'd expected. (I still love other people's dogs, but I don't miss having to go out in the cold to walk them. So now I'm half dog person, half cat person. I guess I just prefer animals to people generally. Present company excluded.)

7. I'm a compulsive reader. I am that person who will read every word on the back of the shampoo bottle, every side of the cereal box, etc. If there are words in front of me, I will read them. This becomes a problem when literally every genre of books, fiction or nonfiction, are interesting to you, and you only have so much space on your shelves and money in your bank account. When I moved into the area I live in now, one of the reasons I chose the location that I did was that it's within easy walking distance of a library, which is another of the best decisions I've ever made. I still buy books to support the authors, of course, but having that library there has meant that I can cram everything into my brain that I'd like to, which is helpful because Cramming Everything Into My Brain and Seeing What Comes Back Out is my writing process in a nutshell.

RELATED: Seven things I’d like my readers to know about me by Donna Ashcroft

I wrote Summer in the Scottish Highlands during lockdown. At the same time my day job working for an online retailer multiplied and I struggled to keep up so I spent every waking hour working or writing – and even ended up delivering my book late. When my daughter, Erren, was admitted into hospital with a mystery illness in December 2020 (which thankfully turned out to just be an acute form of glandular fever), I decided to change my life. I’m very fortunate that I was able to transition to being a full time writer in May of this year...