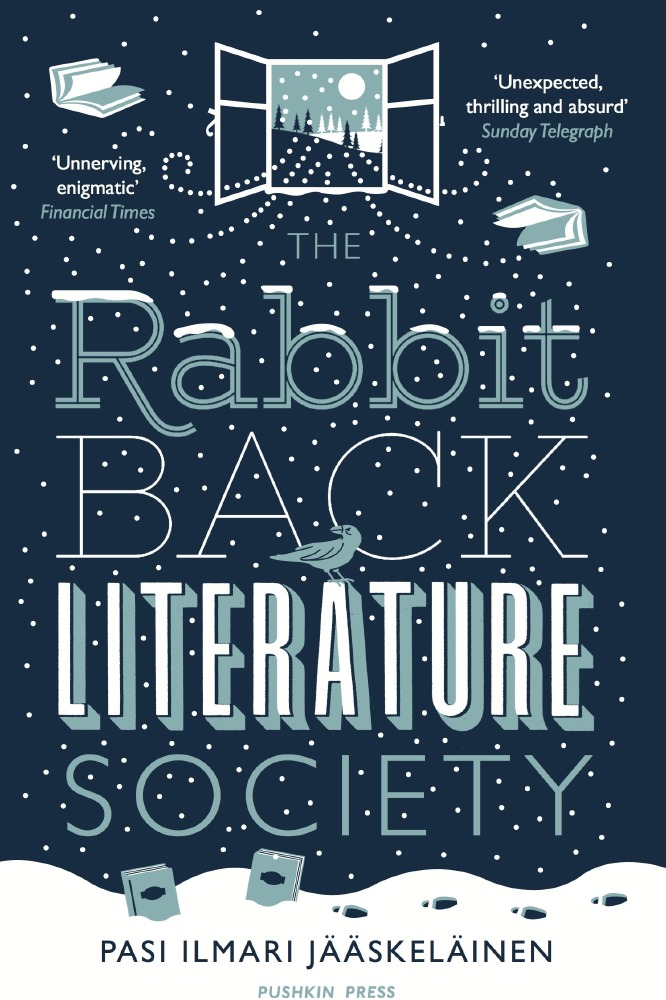 The Rabbit Back Literature Society is the first of three novels I have written so far, a story of a young woman, Ella Milana, who returns to her home town as a substitute teacher and is then invited to become a tenth member of a mysterious writer's society with many secrets, some of them darker than others, and thus a new pupil of Laura White, a world famous children's author, who once chose nine talented kids and schooled them to write best-selling books. The events take place in a small town called Rabbit Back, where the wintery shadows start to grow longer after Laura White dramatically disappears in a surprising indoor snowstorm at a party to welcome Ella into the Society. Ella is at first shocked and disappointed but then she begins to investigate the secret history of the Society in order to write her thesis on it…

You write both novels and short stories- so do you have a preference between the two?

I prefer writing novels, there's no question about it. I haven't written short stories almost at all for a long time, not since I graduated in 1999 and began working as a literature teacher - and there was no need for me to win that certain annual short story writing competition anymore in order to support my family. (I won the first prize four times during my studies which saved our economy, considering that our first son for some reason saw fit to be born three years before my graduation.) Novels are nicer as objects. You can't put a short story in your bookshelf, can you? (I admit: I am a materialist. Actually I hate writing, a literary pregnancy is all work and no fun, but I love having written a book I can touch and smell and taste.)

You have won many awards for your writing so how much does it affect your confidence as a writer with every new accolade you receive?

Well, this world is full of different literary awards, some of them bigger than others, and every prize has its own different effect on the number of the readers of a book. Of course it's always delightful to get awarded and it certainly boosts writer's fragile confidence. But every new story has to be started from scratch. It's not good until the readers read it and like it, no matter how awarded the writer is.

The book has been compared to Let the Right One in, so how does that make you feel?

John Ajvide Lindqvist rocks, and we both like to mix realism and fantasy, so I can see why I'm compared to him. I think he's definitely one of my many literary relatives, along with writers like Neil Gaiman, Isabel Allende, Kurt Vonnegut and Mikhail Bulgakov. Actually my book has also been compared to J. K. Rowling by a Finnish critic. But I think I have my very own storytelling style, affected by all those different writers I have ever read, of course, as is the case with all the writers.

It has been praised for been genre defying, so how far would you agree with that statement?

It's very easy for me to agree because my original intention was to take elements from any genre that would make the story better and write a novel that would allure both main stream and fantasy readers. Mission accomplished, I dare to say, according to the feedback. I also wanted to harness my knowledge of narrative techniques (I studied literature in university) and my 30 years' experience as a book lover and write a book that is highly entertaining and hard to put down before the last page (because I often have difficulties to finish reading the books I've started) but still literary fiction and serious literature.

Please tell us about the character of Ella.

Ella Milana is a young Finnish teacher, the possessor of a pair of beautifully curving lips and a pair of defective ovaries, as is said on the first page. It's obvious that there are some nasty cracks in her identity. After breaking up with her boyfriend, she wants to become a writer because she is talented, but when Laura White, her mentor-to-be, disappears, it becomes more important for her to find out the truth about Laura White and the Society – especially after she is told that her demented father use to hang out with Laura and the young writers of The Rabbit Back Literature Society.

This first novel of mine has now been sold to eight different countries, and probably there’s lot of thing to do for me when marketing it. Two other novels will probably and hopefully follow the first one sooner or later – Finland is such a small country and it’s great to find new readers from abroad. And obviously my fourth novel won't write itself, that lazy bastard, so I have to roll up my sleeves and start writing it. 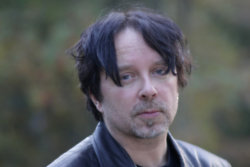