Contemporary fiction author Paul Carroll’s new novel Don’t Ask is a gripping family drama that explores the unexpected consequences of taking a home DNA test, and which shockingly reaffirms the old adage, ‘Be careful what you wish for’. 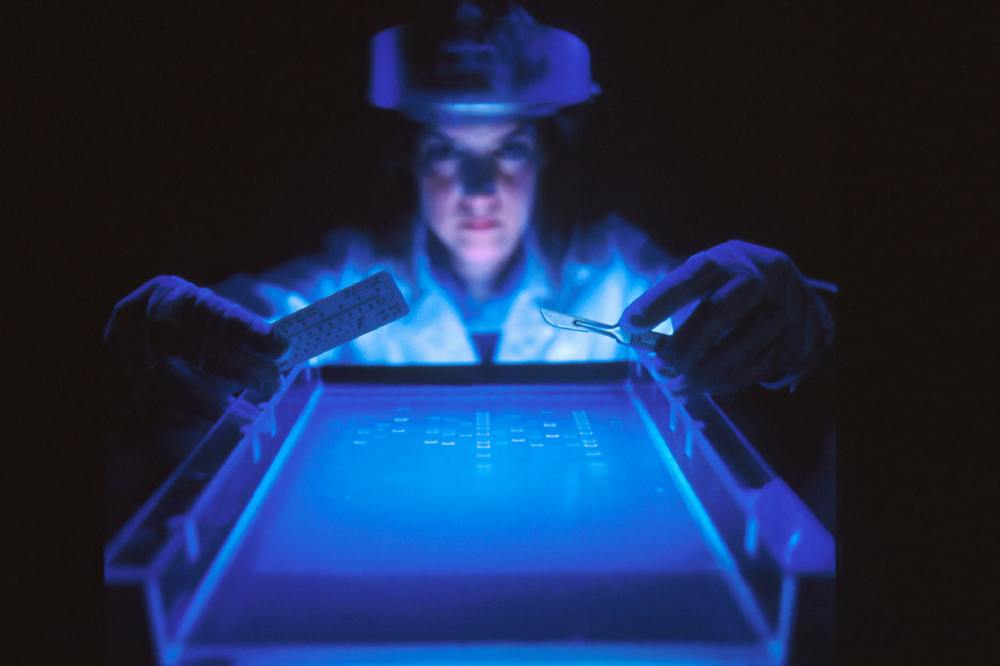 For those who enjoy novels that draw on present-day social concerns, blended with compelling twists and a magnetic plotline that never relents, look no further than Don’t Ask.

She at first declines to take the test, thinking that this sort of thing is best left to TV detective shows.

At the same time, however, Elsa has always been fixated on finding out the identity of the father she has never met. This desire to solve a personal mystery leads her to taking the DNA test in the hope of finding out more.

Elsa, who has bipolar disorder, finds a close match, not with her father but with another woman living nearby. Given her fragile mental state, Elsa becoming obsessed with meeting this woman, Toora, with the hope that this will ultimately lead back to her absent dad.

Both Elsa’s mum, Angie, and grandmother, Judy, have strong reservations about her pursuing this any further but, relentless, she continues. Unfortunately, this will lead her down a shocking path that she never anticipated, and one that causes both her own, and Toora’s, families to unravel.

Don’t Ask — the perfect name for this novel given the tragic drama that will unfold – is a whodunnit with a difference, in the respect that Elsa is not the only one to be faced with questions they wish had never been raised.

And, without giving too much away, Elsa isn’t the only one whose lineage comes under the clinical glare of the spotlight.

Elsa manages to track down her previously unknown close relative, but her overtures are rebuffed.

Like Pandora’s Box, however, once open the lid can’t be closed, with devastating consequences. Both families involved have skeletons in the closet that now come tumbling out, and before the dust settles there may be fresh ones to join them.

Interestingly, the novel covers three separate but interconnected timelines. The main timeline revolves around Elsa and her DNA quest in the present day.

The others, however, relate to her mother back in the Britpop days of the 1990s, and to her grandmother in the heady, permissive society of the glam rock ‘70s, when she was a young teenybopper religiously following fictional band, Flight.

Flight’s bass player, Chaz Crick, has his own storyline, both in the drug-fuelled, glitter-strewn excesses of the 1970s and the present day, where he is now a faded pop star earning a living as a painter and decorator.

While Chaz is central to the main plot, his background story, detailing his troubled relationship with toxic band mate, Andy, is engrossing in its own right.

Andy, who finds himself embroiled in the police’s real-world sexual abuse investigation, Operation Yewtree, is a despicable egomaniac, while Chaz carries remorse and regrets for past actions in equal measure.

For me, it is these scenes set in the seventies that really make the novel sing. They are vividly told, capturing perfectly the grimy underbelly of the pop star lifestyle – as Operation Yewtree exposed – as well as the sexist and predatory attitudes that just would not pass in these more enlightened times.

It’s important to add that while this time-hopping narrative structure may seem a little daunting at first, it proves highly effective in deepening the mystery before wrapping up the story effectively in a jaw-dropping, explosive fashion.

But it is not just the settings and plot that will capture readers’ attention. The central themes of family, parentage and identity, will resonate with readers, while the notion that, sometimes, it is better not to know something is highly significant given the ease with which people can now have their DNA analysed.

Indeed, the author was originally inspired to write the novel after a similar, though thankfully far less dramatic, experience involving his partner’s mother discovering her biological father following a genealogical DNA test.

This is independent author Paul Carroll’s fourth novel, following A Matter of Life and Death (Matador, 2012), Written Off (Matador, 2016), and Trouble Brewing (Matador, 2017).

Like his other books, Don’t Ask is full of dark humour and satirical takes on topical issues. In this way, the writing is similar to that of Ben Elton, Nick Hornby and Jonathan Coe, in that serious social concerns are wrapped up in highly entertaining packages.

Don’t Ask, though, is perhaps the author’s most mature and absorbing work to date.

Carroll’s use of language is also worthy of note for its creativity. For instance, there’s a great line where a character is described as being “as genuine as a Chanel handbag on a Marbella beach”.

Another line I love compares a conversation to a “mountain stream meandering and switching down a gentle slope.”

This shouldn’t come as too much of a surprise, however, as Carroll, now in his sixties, is a former public relations guru who ran his own hugely successful Manchester-based agency for many years.

Although Don’t Ask isn’t the only novel of recent times to use DNA kits as a main narrative tool (the recent Booker Prize winner, Girl, Woman, Other by Bernadine Evaristo also involved them in her plot), Carroll’s emotive and charged take is unique and well worth your time.

One thing’s for sure, if you have ever considered taking a home DNA test yourself then, after reading this novel, you may well think twice before proceeding.

Don’t Ask by Paul Carroll is out now on Amazon, priced £9.99 in paperback and £3.99 as an eBook. Visit www.paulcarrollink.co.uk

We speak to Leeds-based author Paul Carroll about the inspiration for his new novel, Don’t Ask, about his former career as a PR guru, and about his love of music, among other things.

Q. Your latest novel is about the issues that can arise from having a home DNA test. Can you sum up your main concerns, and what prompted you to explore them?

A. Don’t Ask was inspired by real-life events resulting from a home DNA genealogy test, and I did plenty of research into the area as a result. To me, it’s best summed up in one medical expert’s view, that these kits are the equivalent of ‘the Wild West’. They’re banned in some countries, and I can well see why. Not only is your DNA data being sold on, many users are being scared out of their wits over so-called underlying health conditions they may very well not have – and that’s before you get to the Pandora’s Box element of discovering relatives you never knew — and don’t want to know — existed. DNA analysis should be left to the medical experts, working to strict ethical regulations.

Q. You love music and include it in your novels. How do you weave musical elements in?

A. My new novel intermittently time hops back to the glam-rock era, centred around a fictional group called ‘Flight’. Readers will discover that Flight’s only number one record from that era – not so coincidentally called ‘Don’t Ask’ - is central to the plot. Not so much woven in as tattooed!

A. Let’s say it’s an amalgam of all those who enjoyed the sweet smell of pop success for a (very short) time. I’ve always been fascinated by the ‘one at the back’, the performer you see – if you see them at all – for two seconds on old Top of The Pops programmes. It’s forty or fifty years ago, and he or she probably then went on to lead a very normal existence after their brief moment in the sun, but it defines their life somehow.

Q. What was your go-to soundtrack when writing Don’t Ask, and why?

A. I don’t listen to music when I’m actually at the keyboard (I don’t know how some authors do), but I certainly like to use music to get in the zone. Don’t Ask covers three generations, five decades in total. So plenty of glam, yes, but sharp-eyed readers will also spot references to ‘Come on Eileen’ by Dexys Midnight Runners and ‘Supersonic’ by Oasis.

Q. You previously worked in PR. What PR stunts are you most proud of devising?

A. One campaign that readers may recognise is one that I did in the mid-nineties and it’s still running. That’s the ‘Funerals Top 10’, a chart of the most popular songs played at funerals each year. Co-op Funerals have run the chart every year since to promote its services. Unfortunately, unlike records or books, there’s no royalties payable on PR ideas! (For the record, my song is ‘My My, Hey Hey (Into the Black)’ by Neil Young.)

Q. Who are your favourite authors, and why?

A. My reading list is currently dominated by Jonathan Coe, Hilary Mantel, John Niven and Kate Atkinson. David Nicholls and Nick Hornby, too. I like plot-driven literature, and to be carried along page after page. These authors also use humour to a brilliant degree, create a real sense of place, and offer up fascinating insights into human behaviour.

Q. How do you unwind outside of writing?

A. Like everybody else, my favourite leisure pursuits have been on hold recently. I travel a lot, and want to visit as many countries in the world as I can. The ‘big one’ on my list remains a trip to Antarctica. It helps to have a dream destination. I also can’t wait to get back to visiting the theatre again (The Royal Exchange in Manchester is my favourite), and enjoying live football at Elland Road (home of Leeds United).

Q. What are the most important elements for you when writing a novel?

Q. Your book would make a good film. Who would you cast in a movie adaptation?

A. I try hard not to model a character on a known personality, as avoiding stereotype is hard enough in the first place. Let the reader - or a casting director – make that decision. I had one character in an earlier novel where every time I wrote her, a particular real personality sprung into my mind. It was sending me mad, but then nobody who read the book ever made the same association.

Q. You’ve done some unusual things to promote your books. Can you explain more?

A. For my last book, Trouble Brewing, I produced a press kit containing my own Trouble Brewing bottled beer (a Yorkshire bitter), complete with branded glasses and beer mats! I honestly can’t say that it made any difference to reviews, but I didn’t have to go to the off licence for a few months. For Don’t Ask, I suggest readers look out for the release of the Flight song of the same name. It’s glam-tastic!

A. A bit of a departure. My first four novels primarily dealt with quirky aspects of contemporary life and its impact on individuals. My next novel, nearing completion, is an alternative history, set in Roman-era Judea. It’s satirical and ironic in its outlook, and features loads of music (so not much change there, then). One friend has already dubbed it ‘The Life of Brian meets Woodstock’ 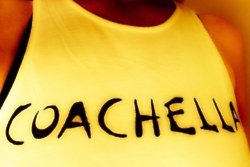 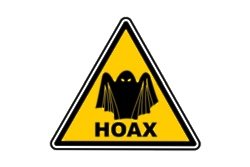 April Fool’s Day: Paul McCartney’s death and Thatchergate among the biggest music hoaxes of all time