Title poem from Lizard Light: Poems From the Earth:

The lizard on our sidewalk
has no tail again; by tomorrow
a new tail will be budding
from the blunt stump, while
in the yard's tall grasses
ants will share the piece
our cat abandoned.

Each month the moon is a lizard,
angles of sunlight biting it down
and giving it back until someday
the sun goes dark.

If my limbs were stars
they would burn across light years,
their fire still living
no matter when they sputtered down
to bone and ash;

but now I guard this lizard
who plays dead between my feet,
the light already shining
from its wound.

Is this your destination—the ashes
that were you first sinking back
into damp soil, as if Eden were
a holy compost pile, then spiraling,
invisible, out of that mix into
the gaseous fire of a nascent star?

We often spoke of being recycled,
of how our very molecules were
just visiting. We affirmed the old
adage, Nothing is ever lost,
as we sat across from one another,
our computer screens flickering on
and off.

This morning, in my new life
without you, the mulch is pungent
in the flowerbed under my window,
the sky gray and promising rain.

And I wonder—as I breathe
in the fertile air rising
from this garden that waits
for the sun to do its work—
if I’m inhaling you.

Title poem from collection of haibun, One Bowl:

As I load the dishwasher this evening, I think about how it would be to have one bowl, one fork, one spoon, one knife, one cup . . . and one small shelf to keep them on. Washing these by hand after each use, I would raise each piece to the light to contemplate its shining singularity.

One bowl—cupped hands. Which bowl would I choose from the many I possess? A small bowl my late husband bought at a private school crafts fair thirty-five years ago, its form born from a student shaping clay on a wheel. Brown lines criss-cross its white glaze, triangles circling the rim.

One bowl, one spiral on a potter’s wheel, one orbit of a planet round its host, pulling the spectra of a star’s gaseous fire from red to blue, and back. One bowl, one arm of the Milky Way slowly wheeling through the unfinished round of the sky in the iris of your eye. One . . .

Poem from The Beastie Book--for the letter "U":

The Umfillumpticus can fly
above the summer trees.
She spreads her sunlit scarlet wings
and drifts upon the breeze.

But she’s very scared of lightning,
and thunder makes her jumpy.
She doesn’t even like the rain
because it makes her grumpy.

So when a sudden thunderstorm
with lightning rumbles by,
she goes back to her deepest nest
and covers both her eyes.

If you should find her in a tree,
hiding from the thunder,
get your umbrella from the porch
and please invite her under.

And now a few new poems, including the title poem (another haibun) from my in-process book The Great Blue:

Perched on a piling in the cove a great blue heron stares into the shallow waters, waiting to spear mullet. I stare at him, then lose myself in the web of sea-grasses that ripples just under the surface. Sunlight owns this water, and schools of mullet carry it as they dart by.

warm, your hand
in mine as we hold on
against the tide

Earlier, a migrating flock of white pelicans passed high overhead, their spiral quickly fading to a tracery against the distant blue.

finding every day
your handwriting on scraps
that escaped recycling—
what would you say now,
love, and in what tongue?

Let us praise the heron’s motionless poise, the weaving dance of sea grass, the quicksilver glimmers of tiny fish, the scribbles migrating pelicans give to the sky. They need no translation. 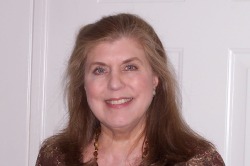 One Bowl by Penny Harter 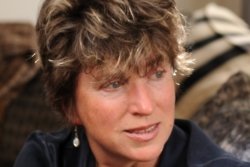 Seven things you didn't know about me, by Natalie Meg Evans 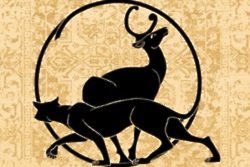 Seven things I'd like my readers to know about me, by Katherine Markland