Lockdown in La Serenissima by Philip Gwynne Jones, author of The Venetian Legacy

Philip Gwynne Jones writes a piece for Female First upon the release of his new book The Venetian Legacy.

I was well suited to lockdown. I think being fundamentally lazy helped. But then there were just three of us - myself, my wife Caroline and Mimi the cat (who manages to be even more inactive than me) - and we were among the lucky ones. We’re fortunate enough to live in a flat with plenty of space and natural light. That’s not so for many people in Venice, with its spider’s web of twisting, narrow streets, where buildings are frequently piled higgledy-piggledy with only a couple of metres between them. 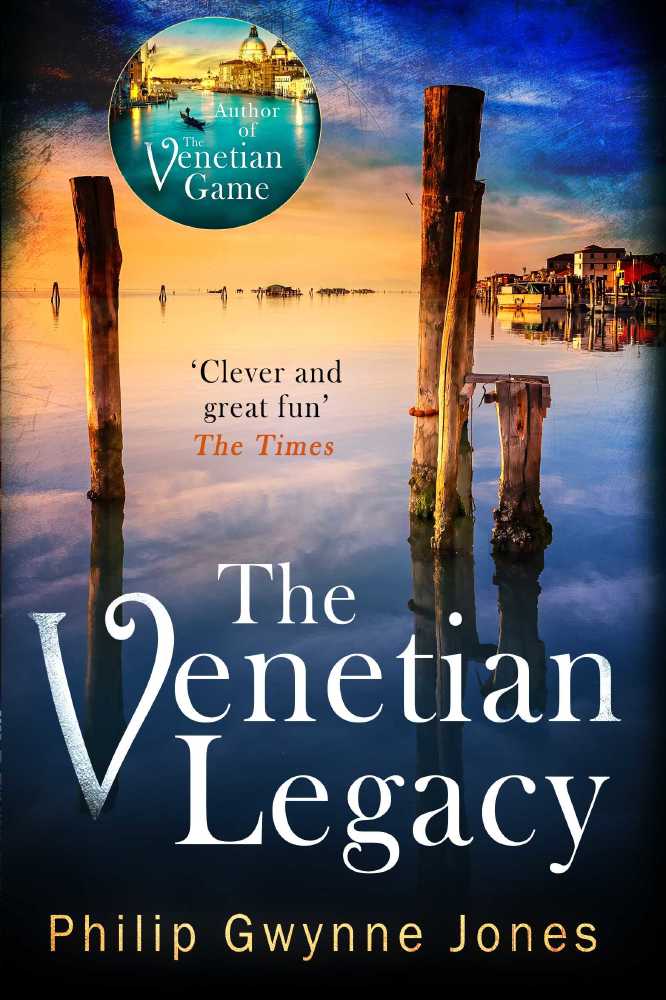 Crucially, of course, I was able to work from home. I made a point of trying to keep to a routine and get up early every morning. The highlight of the day might be taking the recycling out to the rubbish collection boat on the adjacent canal. Or simply queuing up for the supermarket on the Zattere, and marvelling at the Giudecca canal, devoid of any traffic except for the occasional water bus, blue and shimmering under a perfect sky.

It was a period of Great Projects. Dinner became ever more complicated. I listened to every Bach cantata, every Wagner opera and every Hawkwind studio album (a project that was met with only limited enthusiasm by Caroline and Mimi). I became a “sourdough guy”. I taught myself to make bagels, although the first batch suffered when I forgot about the holes. When lockdown began I was about to start on the second draft of “The Venetian Legacy”. With all the extra time, I thought, surely I’d be able to write two books this year instead of my usual one? But work, as ever, expanded to fill the time available to it. I only managed the one!

What I remember the most is the silence. A city so teeming with life, even in the off-season, was suddenly empty of people. The only accents heard on the street were Venetian ones. Piazza San Marco, typically a no-go area for locals, was now absent of any life except for the occasional passer-by and the ubiquitous pigeons.

Then the great day came when the bar across the campo finally reopened. It had changed hands during lockdown, so we bought flowers for the new owners. We sat outside, drinking spritzes in the sunshine, as people strolled through the campo chatting away and, for a blessed few minutes, everything seemed normal again. It wasn’t of course, and there is still a long way to go, but it was, at least, a beginning.

We are, as I said, the lucky ones. When all this has passed, Venice will face an uncertain future. The events of the past 18 months have brought into sharp relief just how unhealthily reliant the city is on mass tourism. Many bars, restaurants and hotels will never open their doors again. And every year, the native population declines further.

But Venice, of course, has been through this all before. It’s survived invasion, occupation, floods and plagues. One day this will pass as well and Venice, battered but unbowed will still be there, facing the future as it has for more than one thousand years.

I hope you’ll be able to visit us soon!

RELATED: How I spent my lockdown by Patricia Wilson, author of Summer in Greece

‘How do I spend lockdown?’ I guess I’ve been luckier than most. Although I am a very gregarious person and love meeting up with my friends and family, I also get so engrossed in whatever I’m doing that time flies by. My home office is my sanctuary. Writing is hard work for me because I’m dyslexic, however, telling a tale, doing research, going ‘out’ on location via Google earth, completely absorbs me...