Following your dreams by Rebecca Elliott, author of Pretty Rude

Author Rebecca Elliott writes a piece for Female First upon the release of her new book Pretty Rude.

My second novel, ‘Pretty Rude’ comes out this month, and still, whenever I say that (or in this case, type that) I get a little twinge of deep excitement and have to put some effort into not peeing myself with joy. Getting both this and my first ‘Pretty Funny’ novel published, by Penguin, no less (the only publisher you can guarantee everyone has heard of) has been, without doubt, a complete dream come true. The protagonist of these novels, 15-year-old Haylah, shares my lifelong dreams of a creative career, though for her it’s to be a stand-up comedian. Part of me hopes that her dream comes true a little easier than it did for me, on the other hand part of me hopes it doesn’t, as nothing worth achieving comes easily, and we learn far more from our failures than we do our successes. 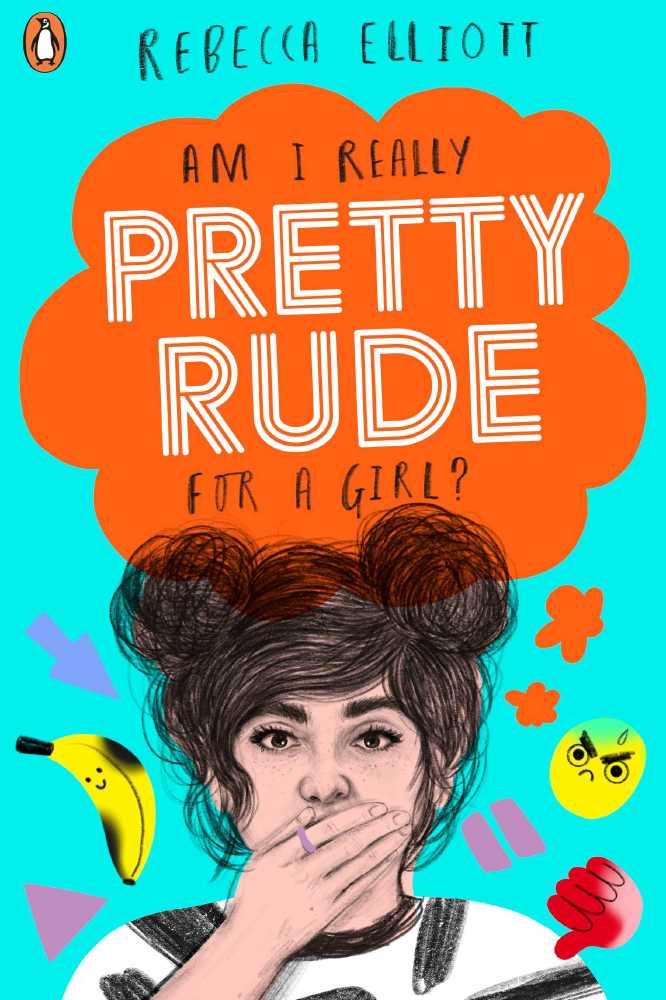 My own journey towards fulfilling my dreams, and I more than suspect I’m not alone here, has had its fair share of setbacks and downright failures, ‘or ‘scenic detours’, as I have now rebranded them.

Having graduated with a degree in Philosophy, which I did instead of an art degree as I was advised that it was ‘more sensible’, (because of course you always see so many ‘Philosopher Wanted’ adverts down the Job Centre) I ended up in a dull 9-5 office job, because that’s what you do after graduating, right? I hated the job so much I was truly terrible at it, and I mean terrible, I would literally spend hours asleep in the toilet just to pass the time. (The fact that nobody noticed that I was doing this kinda underlines how unimportant my job was.)

By this time my dream of doing something creative with my life had been beaten down with the realities of actually having to earn a living and make ‘sensible’ choices… And it’s not an uncommon story. So often I hear from parents about how talented and passionate their kid is at art or writing, or drama or music but how they’re going to study something more sensible and solid as a ‘back-up plan’. I say screw the back-up plan - if you’re talented and passionate about something, this is what you should be studying! There’s plenty more years for back-up plans down the line. Life’s way too short for sensible and normal is overrated.

But it turns out for me, I needed to do that dull job to give me the kick up the arse I needed, to do what I really wanted to do.

I stopped the toilet-napping and spent that time and every evening pursuing my still-living dream of becoming a children’s book author and illustrator. And low and behold, after a lot of research and hard work and with a great sense of achievement I finally sent off into the world an illustrated children’s book manuscript, and sure enough…

It was brutally rejected by many MANY publishers.

But, I didn’t give up. At least not on the illustrating. I put together a portfolio of drawings and after many more rejections, eventually a few illustration jobs trickled in, then a few more, until, after a year, I had enough work to ditch the office job and sail off into the perfect creative sunset that was my life.

Everything was going great, I was a book illustrator, I didn’t earn much and I still didn’t have the confidence to try again as an author but I was happy. I was my own boss, and to top off all the wonderfulness I got pregnant with my first child, who would of course also grow up to be something fabulously creative like myself, and then…

My daughter, Clemmie, was born with massive brain damage. And it was clear very early on that she would never walk or talk let alone become all the things I’d hoped for. It was one of life’s curve balls and this one hit me straight in the face and knocked me to the floor. And I probably could have stayed down there. Would have been easier. But from there I got a totally new perspective on everything.

Clemmie couldn’t do or achieve anything, by society’s standards, yet she taught me more about life in her ten short years than anyone else. While the rest of us run around trying to be something we’re not, trying to live up to what’s expected of us in terms of ambition, or wealth or achievement, she just sat. And smiled. And cuddled.

By simply being, rather than doing she was a complete ray of sunshine into my life that changed me into a better person. She taught me not to be afraid of failure, and to value gentleness over strength, fulfilment over ambition. She became, and although she’s not with us any more, continues to be my muse, my inspiration for everything.

So after various failed attempts over the years with picture books and novels, I started to write again, this time not as a way out of a dull job but because I wanted to, I wasn’t even worried about whether my writing would be published or not, I just wrote for me. But, to my surprise, publishers liked what I’d written.

As my illustration career turned into author and illustrator, and eventually author of novels, the next fifteen years were filled with huge ups and downs, including many more rejections, but my goodness I wouldn’t swap it for anything.

My point, if there is one, is that our dreams will change and evolve but as we follow them, wherever we go, whatever we do, whatever happens that we didn’t expect, if our aim is simply to live our best, happiest life, then all the things we experience, the good and the bad, will become a part of that dream.

I didn’t know it at the time but everything I’ve done, all the successes and the many failures, the bad choices and the good ones, the dull jobs, the philosophy degree, my wonderful though painful experience of having Clemmie, they all went in to the melting pot that is my life, and made me the person and the writer I am today. Still massively flawed, of course, but at least somewhere approaching where I’d hoped I’d be.

If I’ve learned anything it’s that whatever your dreams and plans are, don’t be afraid to chase them, but equally, don’t hold on to them too tightly, let them change, let life’s experiences, the good and the bad, change you and let your dreams evolve with you. Everyone has failures and sadnesses and disappointments but maybe if we choose to look at them from a different perspective they don’t have to detract from our dreams and passions but instead become a part of them, evolving with them and spurring us on to something else. To the next dream.

Continue to embrace the hilarious misadventures of teenage heroine Haylah Swinton, a bold, brilliant and thoroughly modern protagonist, in PRETTY RUDE, the second young adult novel in the series from Rebecca Elliott, an exciting and relevant voice in funny clean-teen fiction.

With all the warmth, hilarity and relatability of the first book, PRETTY FUNNY, the story centres around Haylah, whose distinctively humorous voice has a whole host of timely new issues and obstacles to overcome, including body positivity, navigating separated families, first loves, college decisions and the risks of social media.

In PRETTY RUDE, follow Haylah as she takes her stand-up comedy to the next level, as she attempts to conquer . . . THE INTERNET… by setting up her own YouTube channel.

You know Haylah Swinton – she's big, bold and funnier than a cat in a onesie playing the bagpipes. She's been busy proving she's a kick-butt comedian, she's got herself a fab boyfriend called Dylan, the best girl crew in the world, her little brother isn't driving her totally nuts, and did she mention she has a boyfriend called Dylan?

But this proving-she's-funny thing is kind of tough sometimes. And come to think of it, Dylan isn't acting particularly boyfriend-y at the moment. Plus, her pathetic excuse for a dad has decided to turn up and make everything confusing. And as if real life wasn't complicated enough, when Haylah sets up her own comedy YouTube channel, she finds out that online life can be a whole other can of trolls . . .

Rebecca Elliott is an award-winning and bestselling author of over 30 books for children, including her ongoing series Owl Diaries which has sold over 6 million copies worldwide.

When Rebecca was six, she precociously pronounced that she wanted to be 'an artist and a writer'. After a 'brief' detour from this career plan involving wanting to be Stephen Fry, a degree in philosophy and a dull office job, she fulfilled her dream in 2001 when she became a full-time children's book illustrator. Ultimately proving, if nothing else, that once her mind is made up, she really can't be bothered to change it. If she's not story-making Rebecca can be found reading, podcasting with her comedian best friend, drumming or singing in her band, making something (normally a mess), or just hanging out in sunny Suffolk with her gorgeous children, permanently frantic dog Frida and sarcastic cat Bernard.

I got so desperate for a haircut during lockdown that I asked my fifteen-year-old daughter to cut my hair and it was honestly the best haircut I’ve ever had. It wasn’t great to start off with – she kept taking photos of the (very uneven) back on her phone and asking if she could stop now and I kept saying no – but eventually, after two hours, she was done, and it was good! I’m wondering whether to stick with her as my new hairdresser or maybe just view it as a lucky one-off...