Author Ruth Kirby-Smith writes a piece for Female First upon the release of her new book The Settlement.

1. Reading is like breathing to me – it is beyond a passion. My taste is wide but whatever genre I read I love to learn something new about a time or place I knew nothing about. 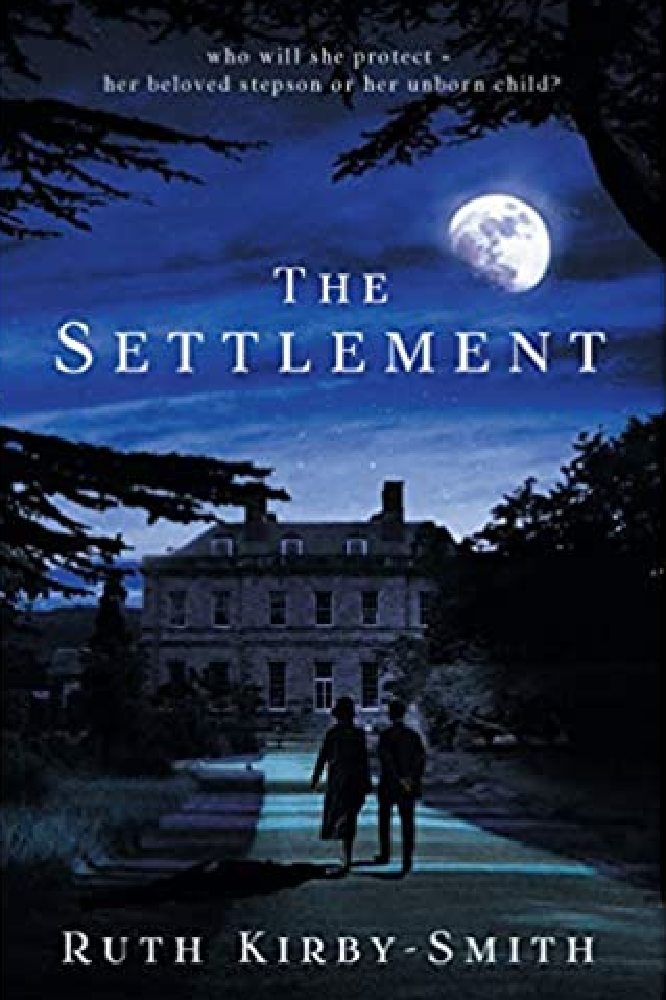 2. I am useless with plants and I seem to kill all house plants that come my way. Last birthday my daughter gave me a plant and said  “Here is another plant to kill, mum”.

My family now only ever give me flowers.

3. I cherish my friends who go back as far as early childhood.  They are spread all over the world and, when we meet up, we go right back to where we left off.

4. I hate snakes....that is my phobia. Don’t like to see them on television, in pictures, in the zoo but least of all in the wild. I almost stepped on an adder in the Isle of Wight some years ago and I think my screams were heard in London.

5. My latest ambition is to be the best, maddest, daftest granny around and so far, I seem to be achieving great results.

6. I was lucky to be born with funny bones – I manage to see the comic side of most situations but I also need to curb my tongue sometimes when humour is not appreciated.

7. I feel totally Irish. I am officially British, have married a Londoner and have lived in England for almost half a century but wherever I go in the world I say I am Irish.

That is just who I am.

We all have secrets. And perhaps it’s time for Sarah’s to come out. It’s 1984 and Olivia is returning home for her grandmother Sarah’s funeral. Sarah was a loving matriarch in small Irish village Lindara, so why would someone spit at her coffin? When Olivia finds Sarah’s red leather notebook, she unearths the secret her grandmother took to her grave… In 1910 Sarah promises her anti-home rule husband Theo that she’ll keep her free thinking, suffragette views to herself. But one night Sarah finds she’s drawn into something which compromises her principles. Later, when Theo gets dementia, he pesters Sarah about something called ‘The Settlement’. She’s mystified, but on opening a letter all is revealed. As the truth unfolds, we watch as Sarah is faced with an impossible decision - will she protect her stepson or her unborn child? Based on the story of her father’s childhood, Ruth Kirby-Smith has delved deep into both Irish history and her family history. Like Olivia, Ruth leaves no stone unturned in the search for the truth. Vivid, gripping and powerful, The Settlement makes the reader question what they’d do in Sarah’s situation. The Irish road to freedom brings to mind the Easter Uprising, Kilmainham Gaol and the Irish Civil War, but little is known about the Anti-Home Rule Movement. With this as a background for the novel, The Settlement is both informative and thrilling.

Ruth Kirby-Smith grew up in Northern Ireland and studied politics at Queen's University, Belfast during the civil rights era. Ruth is a successful businesswoman who has worked in City planning in London and planning research at Cambridge University, and founded a renowned baby products company. In retirement, she decided to look into her family history. The Settlement is her first book.

RELATED: Seven things I'd like my readers to know about me by Tessa Morris-Suzuki

I LOVE BRINGING THE DEAD BACK TO LIFE. Isn’t it amazing to think of all those people who existed in the past – including our own great-great grandparents. They had dreams and favourite foods, silly jokes that made them laugh and pieces of music that made them cry – and then they disappeared, and we barely even know their names today. As a historian and a historical novelist, what I love most is trying to bring some of those people back to life – imagining what it would have been like to be them. It is only imagination, of course. I can only get a tiny part of the way towards to truth. But I find it such an exciting journey of discovery.