What can you tell us about your new book Peachey Letters?

'Peachey Letters - Love Letters to Life' - is a collection of letters I have written to the special people, phenomena and happenings in my life.  As both a professional coach and now a writer, I take a voyage through my own world - exploring, analysing, crying, laughing, loving, letting go the demons in and celebrating every element of this modern woman's life.

What made you want to write your life through a series of letters? Where did the idea come from?

I have always wanted to write but never got round to finishing any of the projects I started, especially as a busy business owner.  Then, just over a year ago, lots of people I knew were signing up for business challenges like ‘record a video blog a day’.  That didn’t excite me, but I wondered how I could challenge myself in an original way, and decided that I would start my own blog.  It was a year ago and so I came up with the idea of writing a ‘love letter to life’ every day for the Valentine month of February 2012.  In the past I have had so many ideas for books, yet never got round to finishing them and so I decided to set myself this challenge and make it public; otherwise it would have simply stayed as just another idea and never actually happened.

They started off in a blog, so how did this become into something so huge?

I started off safely, posting links to my blog entries in ‘safe’ / closed online forums where I knew people were most likely to be friendly and honest.  And after posting just a couple of letters, I got such positive feedback from so many people, that I started to get braver and post my blog entries on more public platforms like Facebook and Linked-In.  My blog was now public too and to my amazement, without any real promotion from me, was getting thousands of hits from 26 countries all around the world.

How did it feel initially to be so honest with your readers?

I felt very vulnerable, not to say scared, about sharing such a lot of my personal life with the world, and in the beginning wondered whether I was doing the right thing.  I finished writing the second letter to My Father at midnight on day 2 of my challenge, and nearly had second thoughts about publishing it.  I was afraid that people would think I was some crazy woman going through a mid-life crisis and just spilling her out emotions for the sake of it.  But I pushed the button and published anyway.  So I was completely astounded when I woke up next morning and found a whole plethora of comments saying how much my letter had touched so many people – and for many of them it had bought a tear to their eyes.

How therapeutic did you find writing the letters?

Writing the letters has been a fabulous way to let go of old hurts and demons, and to analyse a myriad of facets in the complexities of my life.  It meant that I could take one person or issue at a time and really and thoroughly explore and celebrate them.  I did this with some of the toughest and most trivial issues in my life – always finding that there was a lesson to be learnt or love to be found, and that – when I consciously looked, I could always find the good in every situation.

How important is it to you to keep in touch with your readers?

My readers have made this book.  Without all the gorgeous feedback I originally received online, Peachey Letters simply wouldn’t have been published as a paperback book.  I have tried to respond to everyone who has given me feedback and thank them for inspiring me to continue.  It has made the whole thing real and quickly eradicated the sense I had at the beginning that it was a silly and selfish thing that I had started.

How difficult was it recall all of your old memories to make it into a letter for each section?

When I had the original idea for Peachey Letters I only had a vague inkling about who or what I would write to.  I knew my father (who passed away 27 years ago) would be the first person to receive one and so I simply sat down and started to write to him.  I have to say that the memories and the words just flowed out of me and so I went with that flow and where ever the memories took me.  After that I had so many ideas crowding in my head for letters that my biggest difficulty was choosing which ones to pick, out of the vast array that I had come up with!

You have had a very positive response from your readers, so what feedback has stuck with you the most?

Even now, a year later, every time I get new feedback I am completely amazed at how it has touched other people’s hearts and lives.  I am most touched by all the people who have told me that it has helped them with issues going on for them in their lives and has inspired them to write their own ‘love letters’ too.   When that happens I feel very humble and proud that I have been able to do this and so help other people to make sense of their lives, to heal emotional issues and to feel that they are not the only ones going through all the crazy and amazing things that life presents to us.

I could write a Peachey Letter every day for the rest of my life, on just about every subject under the sun – so I must just find the time!  I would also love to compile a book of other people’s ‘Love Letters’ and give them the opportunity to benefit from the very simple, yet fabulously effective process that I have been through.  I’m pondering too, about writing ‘Peachey Memos’ - on how to negotiate and thrive in the modern world of business and work.  Next on the agenda though is a book I am going to collaborate on with a group of women that I work alongside with - in our business called ‘Damsels in Success’, where we give women the tools and support to life the lives they choose.   I’ve truly been bitten by the writing bug now and already I can’t wait to see my next book in print! 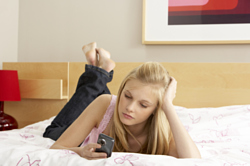 Would you text your ex? 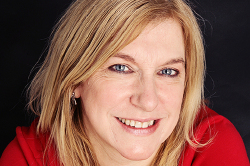