Seven things I'd like readers to know about me, by Christina Oxenberg

While pointing at me Ghislaine asked my then-husband, “What is that?” 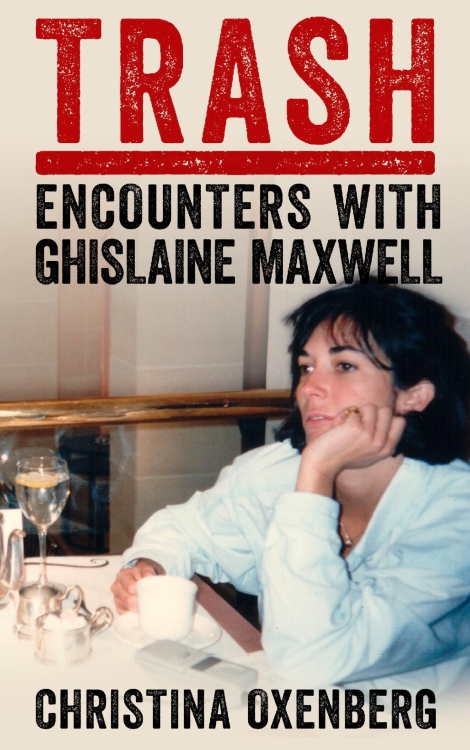 As part of the release of her new book Trash: Encounters with Ghislaine Maxwell, we asked Christina Oxenberg to tell us and her readers a little about her, so we can get to know her better! Here's what she had to reveal...

1. I've worked in all sorts of jobs. I flipped burgers, worked in nightclubs, public relations offices and as a researcher for real writers before becoming a writer myself.

2. I've lived all over the world. I've lived in New York, London, Madrid, Paris, Morocco, the mountains of Colombia where I bought a hill and built a house, and now am living in Serbia!

4. My mother originally named me Helen because after giving birth she could not remember her decision to name me Christina. My first baby gifts are inscribed with HELEN OXENBERG. My name was later changed to the original choice of Christina. I learned this when I found a silver frame, with Helen on it and my baby weight and birth date on it!

5. I have only one full sibling, but three half siblings through my father and one half-brother from my mother.

6. I have a legal gag order issued on behalf of one sibling preventing me from discussing my father in public and this sibling occasionally sends legal threats if I step out of line.

7. Ghislaine Maxwell insulted me the first time we met in 1990. While pointing at me Ghislaine asked my then-husband “What is that?” Thus began 30 years of unfortunate encounters between us which I recount in my new e-book TRASH: ENCOUNTERS WITH GHISLAINE MAXWELL.