Seven things I'd like my readers to know about me, by Katy Moran

"I wrote most of Scandalous Alchemy in lockdown, usually very early in the morning before the onset of home education..." 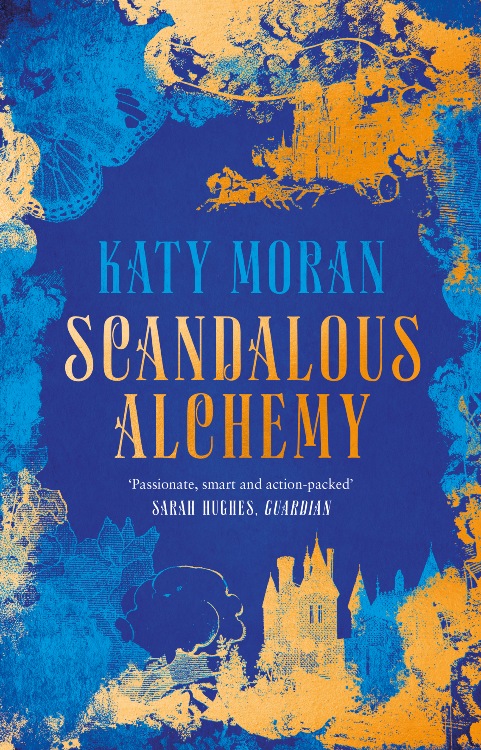 To celebrate the release of her new book, Scandalous Alchemy, we asked author Katy Moran to let us in on seven things she'd like her readers to know about her!

1. I love Cornwall and the Isles of Scilly, so I guess it’s no surprise that both of these evocative and beautiful locations found their way into my books – they’re so rich with atmosphere and history. My husband has a family connection to the Isles of Scilly, and we try to visit the islands every year. They’re just magical, with glorious beaches where the sand is shot through with silver mica. After a few moments by the sea, your feet look as if they have been dipped in glitter! 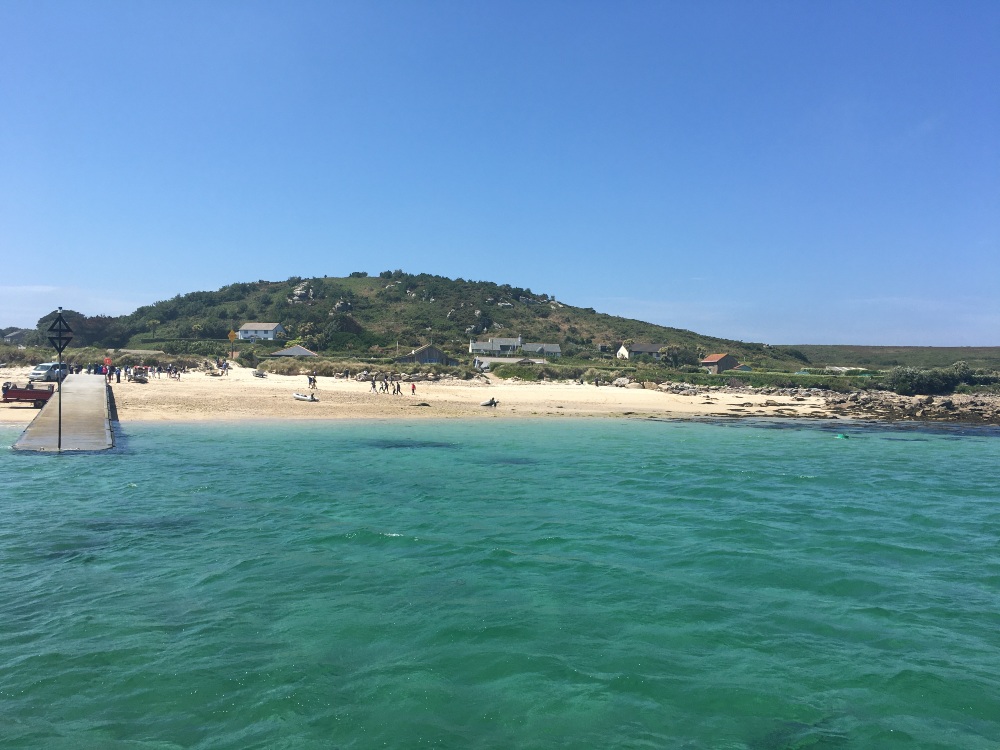 2. I live in the Welsh borders and worked at a local second-hand bookshop for many years. We used to host Welsh classes in the café, and I loved listening to the language. Hearing the lyrical beauty of Welsh on a regular basis is what made me want my characters to speak in Cornish, which is a related language. In reality, Cornish was not at all widely spoken by the early 1800s which is when my books are set. In fact, that’s one of the differences between our own world and the Shondaland Bridgerton-style alternative Regency in my novels. With only a smattering of French myself, I find it absolutely fascinating when and why people choose to speak in their first or second language. With the help of some very kind modern Cornish speakers, I was even able to use the odd word or phrase in the book, so hopefully readers will be tempted into finding out more about Cornish as it’s spoken today. In Scandalous Alchemy, Cornish is actually used at a critical moment involving the huge secret that my heroine Clemency must keep hidden at all cost.

3. As a child, I loved The Wolves of Willoughby Chase by Joan Aiken and Charmed Life by Diana Wynne Jones. Both are set in a recognisable universe that’s just a small step away from our own. Those well-loved childhood books are one of the main reasons I was inspired to set Scandalous Alchemy and the other Lamorna books in an alternative Napoleonic universe, similar in some ways to the approach the Shondaland team took with the Bridgerton adaptation. We seem to have lived through a fair few big moments in history recently, where the whole course of events seems to change at the flip of a coin. My books are dark in places, because the real Regency was a period of harsh contrast between the glittering ballrooms of high society and truly appalling conditions and injustice suffered by so many others. I felt it was important not to gloss over that, even in an alternative history. But ultimately, Scandalous Alchemy and its companion novels are all romances, written for you to escape into. When readers tell me they have escaped into my books, then I know I have succeeded.

4. I wrote most of Scandalous Alchemy in lockdown, usually very early in the morning before the onset of home education. It’s set at the stunning ancient palace of Fontainebleau, and I absolutely loved running away to France in my imagination at a time when we weren’t able to travel. The French setting came about by accident, though. Just at the time when I really couldn’t decide where to take my characters, I came to Fontainebleau by train in a spontaneous dash from Brussels. I’d been at an archaeological dig at the site of the battle of Waterloo, teaching creative writing to army veterans participating in a Waterloo Uncovered programme. My husband, meanwhile, had been helping our friends move from the Welsh borders to Bourron-Marlotte, a small town near Fontainebleau. They all persuaded me to change my ticket home and meet them in France, and so I did – and found the perfect location for my hero Kit and heroine Clemency to get embroiled in a truly spectacular amount of court drama, romance and betrayal.

5. A reader recently said to me that one of the things she loved most about Scandalous Alchemy was the sense of place: I was really there. The action in my books is very fast-paced and the characters are fairly complex people (aren’t we all?), but as part of the writing process itself I tend to find that all this really comes together once I’ve pinned down those sensory descriptions. When I teach writing, I often tell students to use all the five senses. What can your characters see, taste, touch, hear and smell? If I ever get stuck, I tend to find that food is my way in to the story. For Scandalous Alchemy, that meant reading Dumas on Food, by Alexandre Dumas – I can really recommend this book, which is otherwise known as Le Grand Dictionnaire de Cuisine. It’s just as entertaining and absorbing as reading Nigella, with recipes for orange cream and jellied beef interspersed with Dumas having a good old moan about his publisher!

6. For someone who was once described by a friend as ‘extremely low-temperature’, I really thrive on writing about messy, dramatic people who you might even love to hate as much as you love them. I can’t bear drama in real life and will do almost anything to avoid it (probably steering clear of conflict to a fault), but oh boy do I love creating characters who you will sometimes want to scream at. I like to think you’ll love them enough to be sitting on your hands by the end of the book, though. 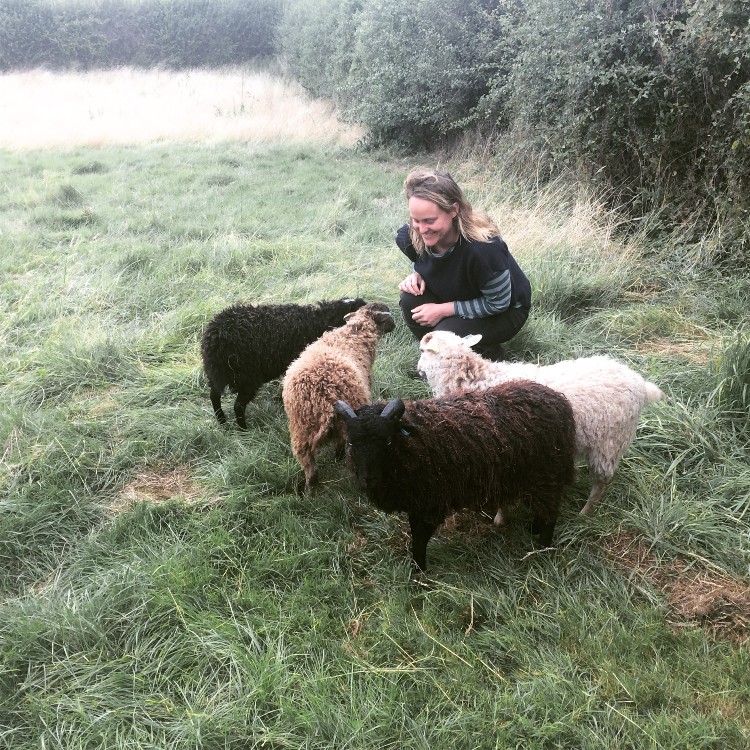 Katy Moran with her sheep

7. Finally, I couldn’t share this much about me and my books without letting you in on my true obsession, could I? I am the proud owner of four miniature sheep – they’re so entertaining and friendly, and excellent at being the perfect distraction whenever the right words are hard to come by. So, here’s a couple of facts for you – Ouessant sheep are a rare breed native to an island off the coast of Brittany and were first rescued from extinction in France. I feel extra privileged to have four as characterful little companions as I write my escapist historical romances.

Scandalous Alchemy by Katy Moran is out now by Head of Zeus in hardback at £18.99. It is also available as an eBook and audio book.