Seven more things I'd like my readers to know about me, by Ellery Kane

To celebrate the release of her new book, One Child Alive, we asked author Ellery Kane to write us another exclusive feature, letting readers in on some more interesting trivia all about her! Here's what she revealed... 1. I grew up on a farm in a small town in Texas. For the first 18 years of my life, I lived on my family’s farm in rural Texas, where there were more cows than people. Living in the middle of nowhere helped foster my sense of adventure, and my imagination ran wild in the open spaces around me. Small town life fosters patience, an appreciation for nature and stillness, and a tolerance for bugs and critters of all kinds.

2. I didn’t fly on a plane until I was 18 years old. My first trip: Austin, Texas to Durham, North Carolina, for my freshman year at Duke University. Surprisingly, I wasn’t scared at all. Four years later...

3. I went skydiving. During a study abroad semester in Australia, I took the plunge from 10,500 feet. As we climbed higher and higher and the world below me grew smaller and smaller, I began to wonder if I had the courage to jump. And jump, I did. No one told me that the worst part would be the freefall. I spent most of it worrying I would somehow come unclipped from my tandem guide and plummet to my death.

4. I’ve experienced the Northern Lights. A few years ago, I had the opportunity to travel with my special someone to Yellowknife, Canada, a small town just 250 miles south of the Arctic Circle. On that magical trip, I snowshoed, dog-sledded, narrowly avoided frostbite, and was lucky enough to witness the phenomenon known as the Northern Lights. The next stop on my bucket list: The Pyramids in Egypt.

5. I love to read (and write) poetry. As much as I enjoy reading books, poems truly capture the beauty of language in a way nothing else can. A good poem always stirs my heart and leaves me a little melancholy, and Mary Oliver is one of my absolute favorites. In college, I was fortunate to publish a poem in our literary magazine, and I still enjoy writing verses down now and then.

6. I am a college basketball fanatic. Attending Duke University, college basketball fandom is practically a prerequisite. The fans - referred to as Cameron Crazies - are known for tenting for months to get tickets and creating the cleverest of cutting chants to demoralise their opponents. Fortunately for me, I earned a spot on the men’s basketball team as one of two female managers and was able to watch all the games from the best seat in the house. I continued the job throughout my undergraduate career, culminating in a National Championship. Go Blue Devils!

7. Writing is my therapy. As a forensic psychologist who deals with the worst parts of humanity on a daily basis, writing is my go-to for self-care. After a long day of hearing about murder and trauma and other people’s pain, writing gives me an outlet. A sense of mastery over the uncontrollable. A way to process my emotions. And most of all, a chance for a happy ending. 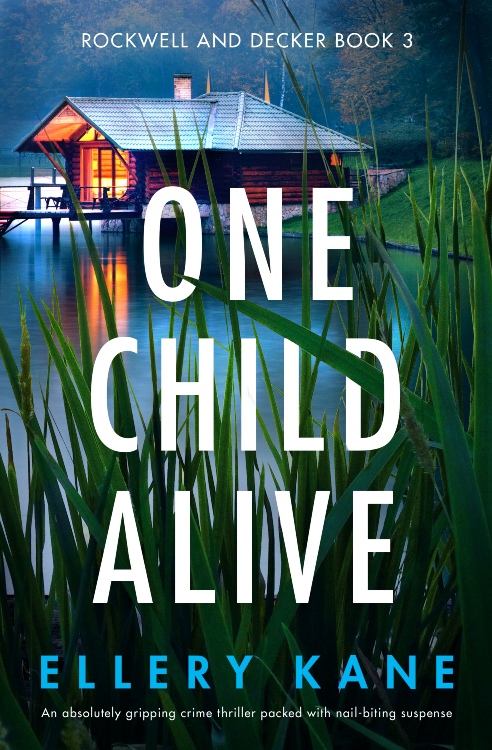 One Child Alive, the third book in the Rockwell and Decker series, is available now.

RELATED: 10 things I'd like my readers to know about me, by Ellery Kane