Author Sharon Maas writes a piece for Female First upon the release of her new book The Far Away Girl.

1: The Far Away Girl took twenty years to write! I first started it in the year 2000, as part of a contract for HarperCollins. But my then editor didn’t want a book set in Guyana, and made me cart my characters – very improbably! – over to India. It was published as the novel Peacocks Dancing, which I felt was just wrong. That book is long out of print, thank goodness. However, these two books have almost the same beginning! My current publisher Bookouture allowed me to finish that story the way it was meant to be finished, resulting in The Far Away Girl. I’m hoping to prove my first publisher wrong, who said that readers would not be interested in a country in South America (Guyana) they’d never heard of. The Far Away Girl

2. From the very start, I longed to write novels set in my home country. Guyana is a wonderful country and a fantastic place for a child to grow up in, and I simply wanted to share my own experience with others: to take readers to the rainforest and beaches, through the tree-lined streets of the capital, up the creeks, and to the magnificent waterfall, Kaieteur. Guyana is now one of the world’s leading eco-tourism destinations, with an abundance of wonderful birds and animals still living in the wild. All of this I wanted to portray through fiction.

3. Guyana is often called “Land of Six Races” and has one of the world’s most diverse populations. Unfortunately, though, these six races have never lived harmoniously together. Guyana has a very turbulent history, starting in colonial times; slavery and indenture is part of the country’s dark heritage. The uneasy mingling of cultures and races has left behind an ugly legacy, with which the country still grapples today. My own family is very political and I grew up knowing we all have a duty to abolish prejudice, starting with ourselves; no wonder my main character in The Far Away Girl also has to face these ugly realities.

4. My great-grandmother was Amerindian, an indigenous woman who married an Englishman. That’s one of the reasons I took Rita into the rainforest to meet her own grandmother, a feisty Amerindian farmer who knows the creeks and forests as well as she knows the palm of her hand. I’ve long felt a deep connection to the simple life, far from the amenities of 21st century; I even used to be a “back to the earth” hippie in my younger days! I believe strongly in living in harmony with nature, the healing effect of the countryside, and that automatically seeps into my writing.

5. Older readers will remember the Jonestown tragedy, when almost a thousand people committed mass suicide in the remote jungles of Guyana. Some people think it was actually mass murder. I remember that event so well: I was living in Paris at the time, and my French teacher at the Alliance Française came into the class that morning, looked at me, and said: “something terrible has happened in your country”. The images of bloated bodies that sped around the world in the aftermath were horrendous. That event falls bang into the middle of The Far Away Girl’s storyline, and so of course her father, Jitty, confronts it head on.

6. If there’s anything biographical about The Far Away Girl, it’s this: Rita’s devotion to animals. As a child, I loved all animals, from ants and caterpillars to horses and elephants. Like Rita, I used to keep ants in jam-jars filled with sand, collect tadpoles from the gutters and watch them grow. Like me, Rita is also a dreamer and a writer. No wonder she finds her ultimate salvation in looking after wildlife, and writing about it!

7. Two of the characters in The Far Away Girl are Dr Peter Pritchard and his wife Sibille. Peter, who passed away a year ago, was the world’s leading marine turtle conservationist, and the project he established at Shell Beach in Guyana was ground-breaking. I knew him well; Sibille was one of my closest friends when we were young, back in Guyana, and I have visited them in their home in Oveido, Florida, where Peter established a world-class collection of turtle and tortoise specimens. Sibille has recently announced that this fabulous collection will be taken over by the Turtle Conservancy in California. Rita finds solace and healing among the turtles of Shell Beach, and I hope this novel opens readers’ hearts for these wonderful creatures, so that they can be kept safe in these perilous times.

RELATED: 10 Things I'd like my readers to know about me by Sharon Maas

My writing is intricately connected with my life, which is why so many of these answers are biographical! My life spills into my writing; my stories bubble up from the place where all those experiences are stored. So, if you want to know what makes me a writer, you should know the following... to read more click HERE 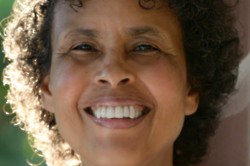 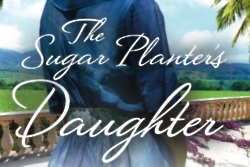 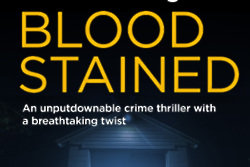 Seven things I'd like my readers to know about me by Rebecca Bradley, author of Blood Stained