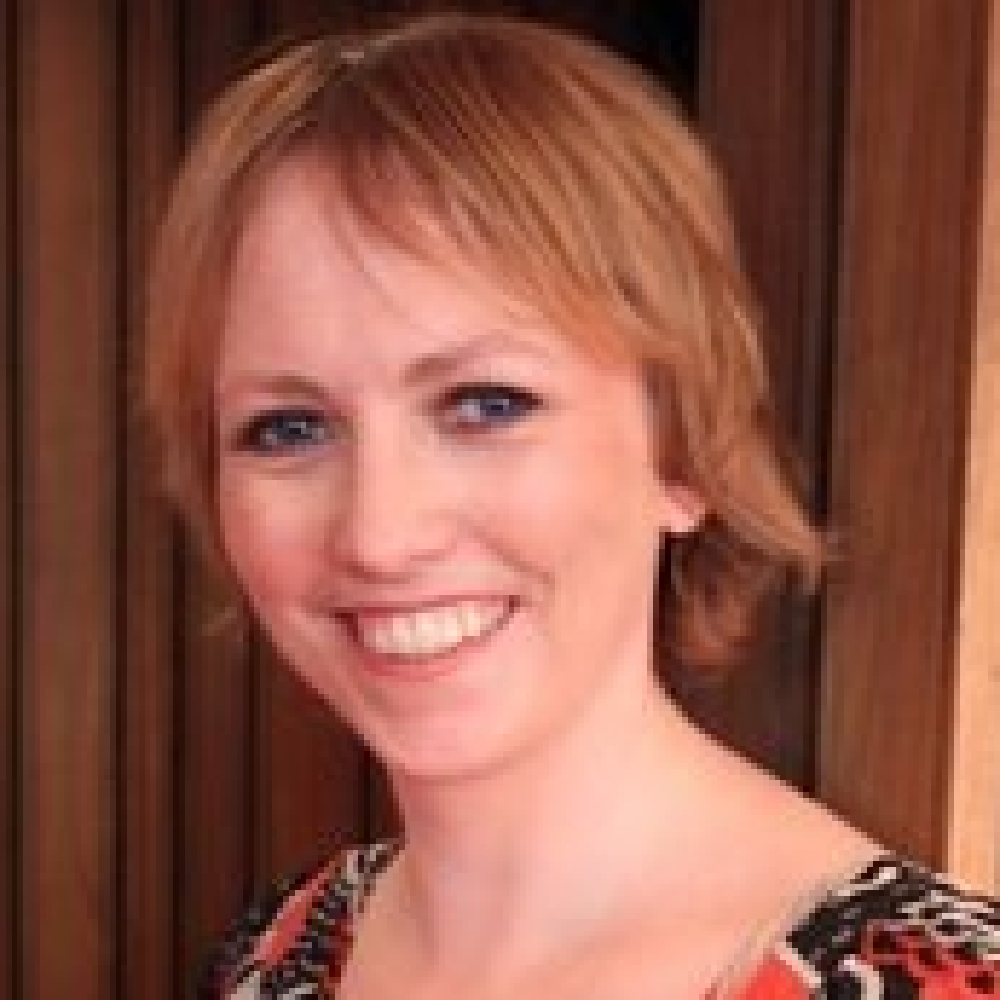 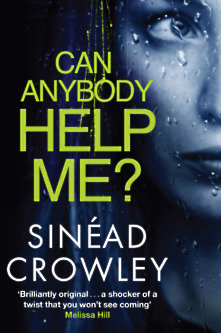 Can Anybody Help Me? is probably best described as a psychological thriller, or maybe even a domestic thriller – I’m sure there are several names for the genre at this stage! It centres on a young woman, Yvonne who moves from London to live in Dublin with her husband and new baby. Because her baby is very young and her husband is very busy, she finds it hard to make new friends in the ‘Real World’ so becomes dependent on a parenting website, Netmammy, for friendship and advice. One day she notices that her best friend on the site hasn’t been around for a while, and at the same time she sees a news report about the disappearance of a young woman who seems to match her description. But how can she tell people she’s worried about a person she has never actually met?

The book also features a female garda (policewoman) who is heavily involved in her first major murder investigation while, at the same time, six months pregnant with her first child.

You have travelled to many locations for your work, so where has been your most memorable and why?

I have been lucky to go to some amazing places, including LA for Oscars week and Azerbaijan for the final of Eurovision two years ago. But my most memorable journey was a trip to Africa in 2006. I was travelling as part of the media entourage accompanying the then Irish President Mary McAleese and we visited Lesotho, Mozambique, Tanzania and Zanzibar. The purpose of the trip was to see work being done by Irish Aid agencies in the region, and many of the places we visited were areas of extreme poverty, so it wasn't at times an easy assignment. But it was an absolute privilege to be able to travel to regions you’d never really get to under your own steam. I remember on several occasions just standing back and taking a breath and telling myself to remember the moment, because I knew I was seeing some places for the first and last time.

This is your debut novel so how did you find the whole process?

Slow! Ah no, that’s just the fast answer. Writing your first novel requires a real leap of faith because in general you’re writing into an abyss, you have no guarantee you’ll be published, or even that you’ll finish it. It’s not a path to instant fame and fortune, writing has to be something you do because you really want to, and because you have a story you want to tell. I got the idea for this  book when on maternity leave with my first child and he’ll be starting school in September which gives you an idea of how long it took. But it was a story I really wanted to tell and that’s what kept me going. The publication process can be slow too, but at least there is an end in sight and a sense of achievement to keep you going.

The book has been compared to Maeve Binchy and Stephen King so what are your thoughts on this?

I couldn’t imagine two nicer comments! I admire both of those writers so much. “Light a Penny Candle” by Maeve Binchy is one of my favourite books, I remember getting totally lost in it when I was a teenager, emerging blinking after swallowing chunks of it whole and I re-read it recently to see if it was just as good as I remembered, which it was. I also had the privilege of meeting and interviewing Maeve a couple of times, she was an absolute lady and a huge loss to Irish writing. I think the reference in that review was to my use of dialogue in my book, I do try and make the dialogue as authentic as possible, that’s very important to me.

What can you say about Stephen king? He is the master of what he himself calls the ‘what if’ – the stunning premise that makes you want to turn the pages and keep turning them. And his book ‘On Writing’ should be read by anyone who ever dreams of writing a book. So yes –I was very very happy with both of those comparisons!

Please tell us about the character of Yvonne.

Yvonne might come across as quite a passive character at the start of the book but you have to remember she’s at a very vulnerable stage in her life. She has a new baby, is living in a strange city, rarely sees her husband and, as we find out later in the story, has lost contact with her family back in England as well. But she changes during the course of the story – I don’t want to say much more than that! She does find inner strength though.

You live in Dublin and it’s the setting for your book, so why is this the perfect place for a thriller novel?

Well, first of all I wanted to write about the place I knew best. As I previously said, dialogue is very important to me and I wanted to get that right, I couldn’t imagine setting a book in a place that I didn’t know very well. But also I think Dublin is a very interesting place to set a thriller. It’s a capital city, but a relatively small one in world terms. So you do bump into people you know all the time and it is very plausible that you would recognise someone you knew on an internet site. Meanwhile my two gardaí, Claire and Philip are both ‘country people’ who now live in Dublin and that’s an important part of their characters. They are from small towns but escaped to the big city for various reasons. We’ll hear more about that side of their characters in subsequent books.

You are a mother of two young sons, so does this book prey on your fears as a mother?

My children are very young, 4 ½ and 18 months, so they’re not online yet thank goodness. But I am very aware of the need to educate them about the internet and that will have to start quite soon where the four year old is concerned. I’m not anti-Internet at all, I think it can be an incredibly useful tool and sometimes it seems like I’m online more than I’m offline. But I do think you have to be careful about the information you share with strangers. So I hope I’ll be teaching my children how to use it wisely, to only write information on line you’d be happy to shout out loud in a public space.

I’m still happily doing the day job, arts and media correspondent with RTE News and being a mammy as well. But on the 8th day of the week I’m writing a sequel to Can Anybody Help Me. It’ll be another thriller and will feature Claire, the pregnant cop from book 1. She’s back at work after maternity leave, which poses its own challenges, as you can imagine! 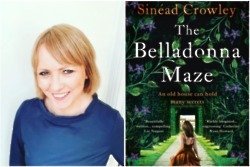 Seven things I'd like my readers to know about me by Sinéad Crowley, author of The Belladonna Maze