Author Sophie Green writes a piece for Female First upon the release of her new book Thursdays at Orange Blossom House.

In early 1993, I went to my first yoga class. It was in a church hall on the north shore of Sydney, at the top of my very long street – which was a coincidence, but it would later seem like fate. At that time, I was barely aware of yoga; it was before the age of glitzy studios, before Sting started letting it be known that he was a yoga practitioner (and it was really he, not Madonna, not Gwyneth, who started the celebrity association with yoga). 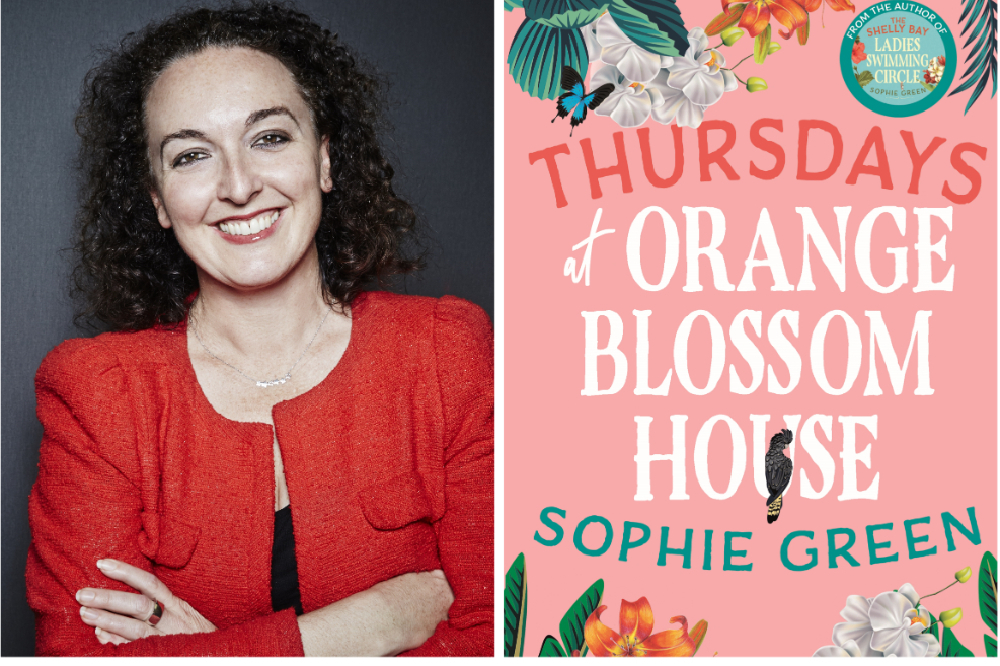 Someone had told me that I might like Iyengar yoga, so I got out the phone book, looked up yoga schools and made a call. The Iyengar class was on Monday nights at seven-thirty. The teacher’s name was Judy.

Judy would become my teacher for the next twenty or so years. What happened in that first class was a profound recognition that the whole practice of yoga as I experienced it with her – not just asana but meditation, philosophy, history – was something that I wanted in my life. It didn’t take long to realise that it would never be out of my life, and these days I cannot imagine who I would be without it.

It was Judy who prodded me to teach, starting at the seven-year mark. I didn’t feel ready. I still didn’t feel ready two years later, but I gave in and undertook teacher training. While that formal training ended and I had my qualifications, I consider myself still in training, as I have never stopped trying to learn more, to understand better, to delve ever deeper into this practice that has brought so much to my life and made me brave enough to try things like writing novels.

In The Shelly Bay Ladies Swimming Circle, I wrote a story about four women brought together by swimming in the ocean; in The Inaugural Meeting of the Fairvale Ladies Book Club it was books. Given that yoga has brought me so much it seemed like a way to bring people together in Thursdays at Orange Blossom House. Just as the practice has helped me understand myself better, to know my body better, also to make sense of the world and how to live in it, so it could help my characters Grace Maud, Patricia and Dorothy. And, of course, they need a yoga teacher – and while Sandrine is not me, most of what she says in these fictional classes is what I’ve said in my own classes.

At a certain stage I was told by Judy that the student has three jobs: ‘The first is to find me. The second is to love me. The third is to leave me.’ I’ve come to realise it’s the same with characters. I find them, I love them, and I leave them. Or they leave me. Now they belong to everyone else, and so do their stories, including this novel which has been inspired by an ancient practice that found its way to me long ago.

Set amid the lush beauty of tropical Queensland, Thursdays at Orange Blossom House by Sophie Green is a heart-warming story of friendship and family, of chances missed and taken, and the eternal power of love. Publishing in paperback 21st July 2022. Available now in ebook.

Sophie Green is an author and publisher who lives in Sydney. She has written several fiction and non-fiction books, some under other names. In her spare time she writes about country music on her blog, Jolene. She grew up by the water in Sydney and will holiday by the ocean in preference to anywhere else.