Author Tetiana Michaels writes a piece for Female First upon the release of her new book Osher: My Journey Into Judaism. 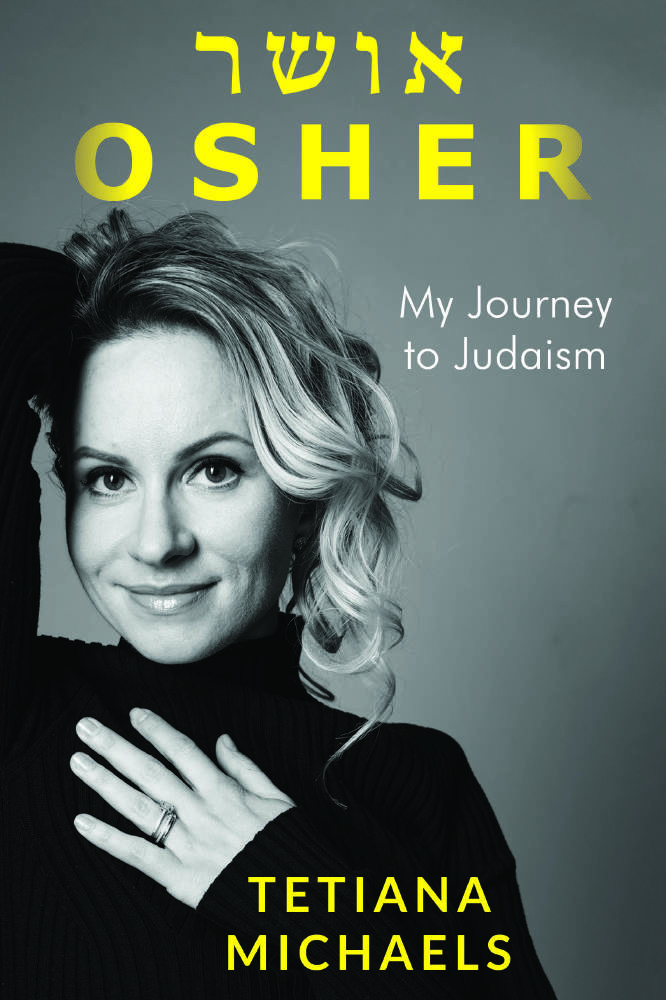 Osher: My Journey Into Judaism

1. I was brought up in a loving Russian Orthodox Christian family in Ukraine. After leaving university I travelled extensively to continue my studies in the legal profession and to work, before settling in Switzerland where I now live. It was here that I met the man I was to marry, who happened to be Jewish.

2. Family, friends and colleagues were intrigued by why I decided to convert to Judaism. It wasn’t simply that I’d met a man I wanted to spend my life with. It was much more than that. I had already been looking for a sense of spirituality in my life and through Marnin, my husband, I became drawn to Judaism. I could offer no short answer to the complex question of ‘why’ I decided to convert, so I began to write down my thoughts. The more I wrote the more I realised that there may be a book in this.

3. Conversion to Judaism involves an enormous amount of study. Over the course of a year, I studied four hours with the Rabbi and his son, and an hour of Hebrew each week. This is not a journey to undertake lightly by any means and I wanted to share the complexities of my personal experience so that others contemplating a similar path might understand just how much is involved.

4. As others questioned why I had decided to convert I soon came to realise that I had my own questions too. There were times when I asked myself whether I had what it would take to complete my studies – acknowledging those doubts was an important part of the process. I hoped it would be useful to share these thoughts so that others can appreciate that it is absolutely normal to experience these feelings.

5. Books are crucial to the study of Judaism, but when it came to reading about the personal experience of others there weren’t many books of this kind to be found. I’m very much hoping that my book Osher will be helpful to others. It’s almost as if I’m writing the book that I wish I had found during my year of conversion.

6. In writing the book I wanted to acknowledge the many challenges I faced along the way, but also the enormous amount of joy and happiness I have found in embracing a new way of life.

7. My conversion to Judaism represented a sizeable change in my life, but what’s important to me is that my family and friends know that I’m still very much the same person with the same values as before.

Tetiana Michaels was born in 1986. She grew up in a part of Western Ukraine known as Bukovyna, in a city called Chernivtsi, historically predominately Jewish. She received Master’s degrees in law from top universities in Ukraine, the USA and the UK and then pursued an international legal career. She lives in Zurich with her husband and daughter.

Osher: My Journey to Judaism by Tetiana Michaels is a memoir about her conversion to the Jewish faith and is published on 22 April by Osher Publishing.

The 26-year-old model changed her faith in 2018 after tying the knot with 34-year-old venture capitalist Josh Kushner and has insisted that although some may see her decision as "weak" she feels as though she's had to become "stronger and self-loving and resilient" in order to commit to the choice.

In an interview with Vogue magazine, she said: "Changing part of who you are for someone else can be seen as weak.

"But you know what? Actually, if you've been through what I've experienced, it requires you to be anything but weak.

"It requires me to be stronger and self-loving and resilient. I really did not take this lightly."

The former Victoria's Secret star went on to explain that she still feels like a "independent, strong woman" and says it took years of research and consideration before she made the choice.

She said: "It wasn't enough to just love Josh and make this decision for him. This is my life and I am an independent, strong woman.

"It was only after many years of studying and talking with my family and friends and soul searching that I made the decision to fully embrace Judaism in my life and start planning for a future with the man I chose to marry."

Reflecting on Shabbat - a day of rest from sunset each Friday until nightfall on Saturday which requires disconnecting from the digital world entirely - the 'Project Runway' host says she's been able to "reconnect with the actual world".

She said: "I think we all have a tendency to just keep going. Some people find grounding through meditation. Some find it through exercise.

"And to each their own, but for me, Shabbat has brought so much meaning into my life. It helps me reconnect to the actual world."