The Art of Stonebalancing by Adrian Gray

Balance is something we're all seeking in life, even if it often seems to be just out of reach. One man, however, has found the secret. Adrian Gray is the pioneer of stonebalancing art in the UK - he balances rocks on top of each other to create beautiful sculptures that please the eye, puzzle the brain and somehow soothe the soul. 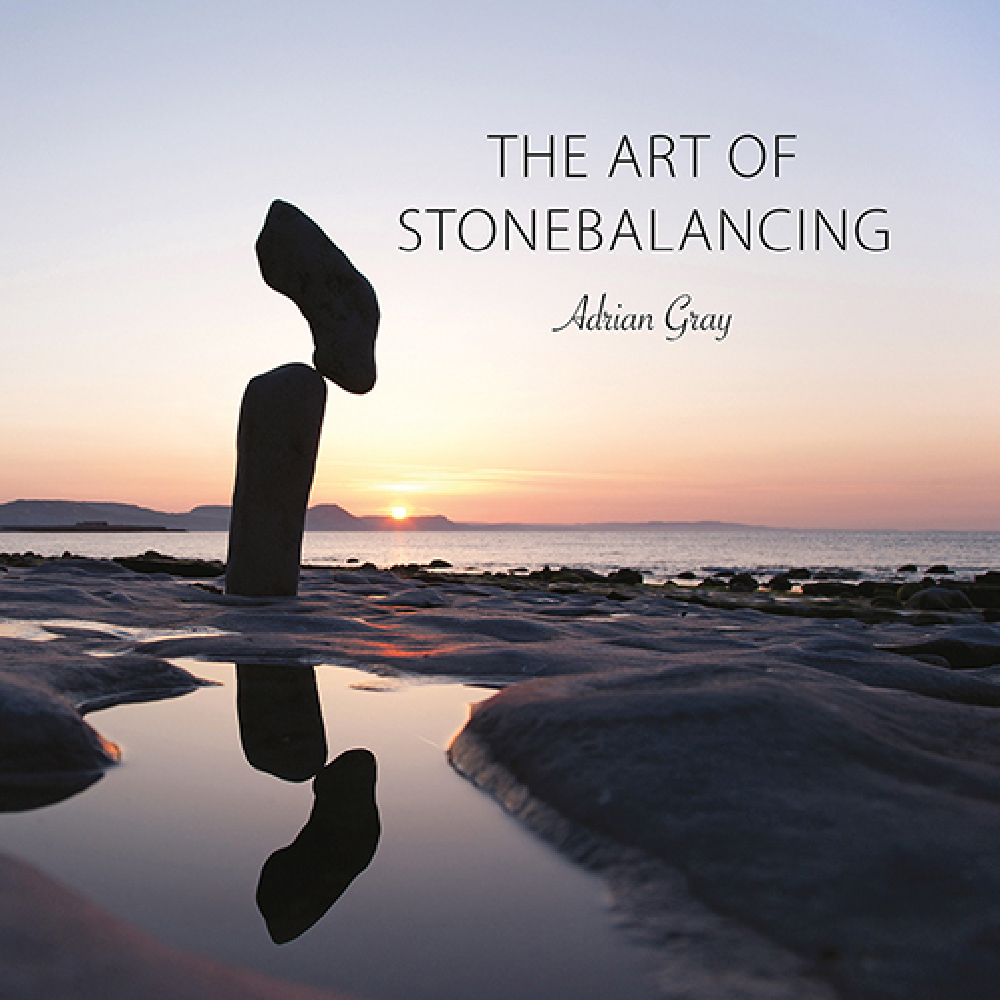 If you've taken a summer holiday in lovely Lyme Regis, Dorset, you'll probably have seen Adrian on the beach there, demonstrating his unique art to an enthralled crowd. Cutting an attractive figure in his distinctive hat and steel-toe-capped boots - just in case - Adrian often falls into conversation with passersby, many of whom ask, "How on Earth do you do that?".

"There's no trick," he says. "It's about patience and practice, 'listening' with my fingers and making tiny adjustments until I find the balance point. People sometimes describe my sculptures as 'gravity-defying', but that's not quite right because of course I rely on the force of gravity to create the balance."

This year Adrian has published his first book, The Art of Stonebalancing, a gorgeous hardback that would make an ideal gift for any lover of unusual art. It contains 156 pages of colour and black-and-white photos, with three galleries of images that Adrian took himself on the stunning Jurassic Coast as well as shots of his balancing sculptures by other photographers.

There are chapters about his projects for the Chelsea Flower Show and Channel 4's Grand Designs, plus the fascinating story of how he came to make his living in this surprising way. Well-known chef and campaigner Hugh Fearnley-Whittingstall has written the foreword to the book.

"I've been stonebalancing for more than a decade now, and the book shows how my work has developed over that time," says Adrian. "As well as my own photographs dating back to 2006, there's a series of images by Duncan George, who worked with me on an exhibition in Singapore in 2012. Duncan came with me on the trip, and there are some great pictures in the book of me balancing rocks in the city streets there. The 'star' of the book, though, is definitely the gorgeous Dorset coast near my home. It's been my inspiration - my 'muse', if you like - throughout my career as an artist."

Adrian is also familiar to many TV viewers through his appearances on shows such as Coast, Escape to the Country and Country Tracks, and this November he appeared on The One Show, BBC1's early-evening magazine programme. The slot featured Adrian's biggest ever stonebalancing project: 'Trust in Nature', a five-metre-high piece that he's created using Bodmin granite for the winter sculpture exhibition at the Royal Horticultural Society's Rosemoor gardens in Devon. He demonstrated his technique on a smaller scale in the studio, and even let fellow guest Dara O'Briain have a go. 'Trust in Nature' will be on display at the Chelsea Flower Show 2016, dwarfing the tradestands around it.