Author B P Walter writes a piece for Female First upon the release of his new book The Dinner Guest.

I worked in bookshops from the age of 16 until I was 23, and for most of those years I never really thought about ever becoming a novelist or even trying to write anything. I went through a period of thinking I wanted to write books when I was about 13, but I soon lost that as I got into my late-teens and I steadily became much more interested in reading books and watching films rather than writing my own stories. However, working in bookshops did prove important in many ways retrospectively when it came back round to the idea of writing novels in three clear ways. 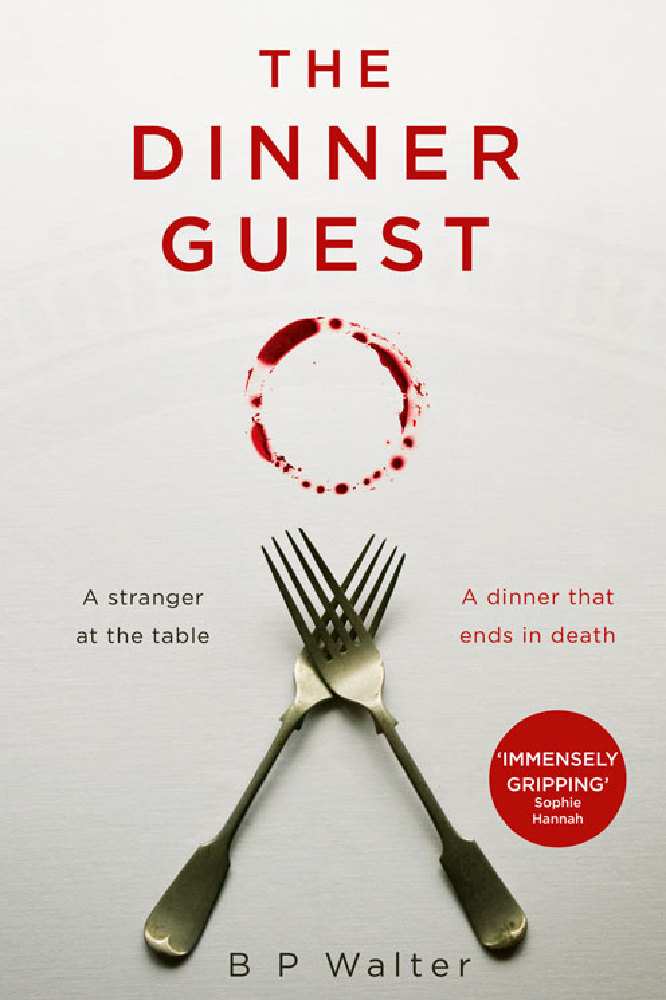 One: The realisation that readers are spoilt for choice

I think when I was very young I presumed that a writer just sent their book off, it was published and then people eagerly bought it. Of course, this isn’t true – even if a book does get published, it becomes one of many, many thousands of books sitting in a bookstore, so there has to be something that makes people pick it up (usually the cover, which is out of the author’s control) and then keep hold of it by finding the plot idea compelling enough to invest their time or money (something that is largely down to the author). This taught me the importance of ‘the hook’ – that one thing that said to the reader browsing the paperback tables ‘this is the book you NEED to read’. So I’ve always tried to make sure my books have that central hook or key question it’s asking the reader, even if it’s something fairly simply such as ‘Here’s the difficult situation: what would you do?’.

Two: Bookseller recommendations are so important

When I was a bookseller, I saw first-hand in how staff recommendations played a huge part in getting books into the hands of readers, whether it was talking about one’s latest favourite read with someone in need of suggestions or little review cards placed on shelves under the books. Although it isn’t something I think about whilst writing, once I’ve finished I always hope the resulting book is one that booksellers would hopefully enjoying recommending to people browsing or take the time to review the books in order to help others to discover it.

Three: The importance of keeping in touch with local bookshops

Booksellers do an amazing job – they literally brighten people’s lives by offering them multiple universes they can escape into. Because of this, it’s important to me to stay in touch with shops I’ve had a particular connection to or be sure to respond if others reach out. When I was writing The Dinner Guest, I put my then-local bookshop, Waterstones King’s Road Chelsea, as the setting of a key scene within the first few chapters as it had become one of my favourite places to go to on a calm Sunday morning and everyone who worked there was so kind and welcoming.

Overall, the time I spent in bookshops has encouraged me to remain mindful of all the many parts these buildings and the staff who work inside of them play in an author’s life. Arranging tables of page-turning novels gave me the drive and hope that one day a book of mine might be amongst them – and now that it is, being able to go into shops to see it out in the wild when they re-open their doors in April is a dream come true.

RELATED: Why we need thrillers in lockdown by Anna Bailey, author of Tall Bones

The obvious answer is: well, we’re not exactly getting our thrills anywhere else. Not to reek of middle-class ennui, but I have literally never been so consistently bored in my entire life, and I’m even counting the time I tried to give myself a fatal paper cut to get out of biblical story hour at primary school. We wake up for what, more emails? The excitement of getting a new dish soap this week? A glimpse of your neighbours and their unmasked children frolicking outside with a picnic hamper while you stare at four walls for yet another day because you’re afraid you’ll expire if you happen to touch the same loose clementine as someone at the grocery store? If you can’t tell, I am really starting to feel the grind. It’s been a year, Miss Corona, pack it up. But as a writer and avid reader, having various fictional worlds to escape to over the last twelve months has truly been my saving grace, and for me, nothing hits the spot quite like a good grim thriller....