Author Laurie Elizabeth Flynn writes a piece for Female First upon the release of her new book The Girls Are All So Nice Here.

I’m twenty years old, and international scouts are visiting my modelling agency’s headquarters in downtown Toronto. I’m in a crowded room full of girls like me—nervous, expectant, excited. Some of these girls are familiar from waiting rooms exactly like this, and others I don’t recognize but immediately commit to memory. They might become my friends, but they’re also my competition. 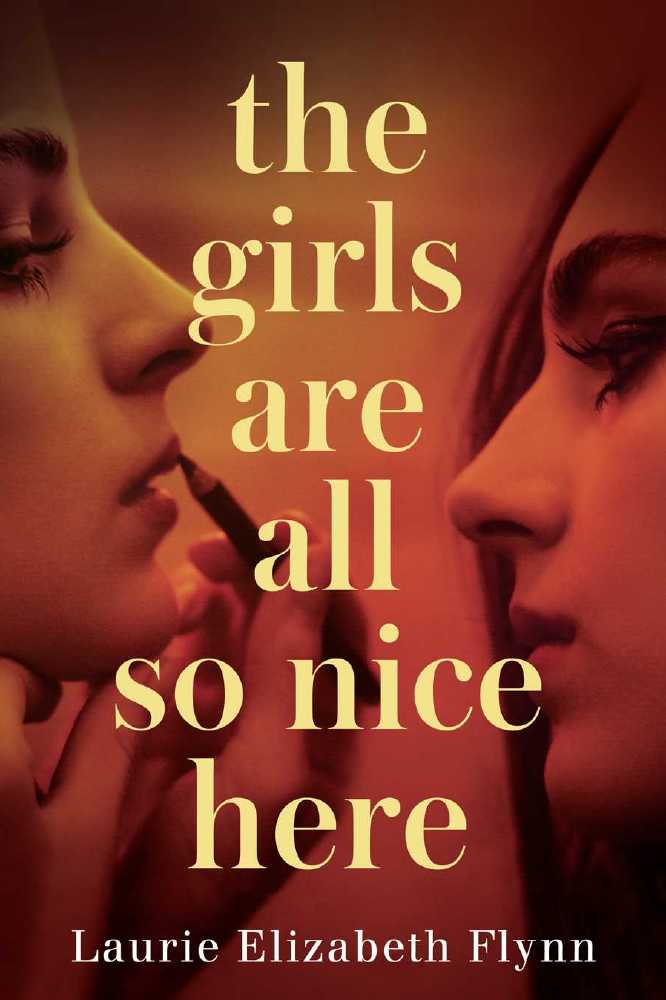 The Girls Are All So Nice Here

When my name is called, I will give the scouts my portfolio—a book of my modelling work, from various photo shoots and magazine spreads—and they’ll flip through it, their faces giving nothing away. They take Polaroids. As always, I have a bare face so that they can clearly see my features. I leave the office unsure what will happen, but weeks later I receive a phone call from my agent: I’m going to Tokyo for the summer.

Modelling was an ephemeral but formative experience in my life, and one that, perhaps surprisingly, impacts my writing in a myriad of ways. Some of the subject matter in my books—particularly in my adult debut, The Girls Are All So Nice Here—can be traced back to those days spent going to castings in other countries with girls so much like me, fast friends who were also my rivals. Female envy is a theme in my work, and nowhere does it have more of a breeding ground than the world of modelling.

Home away from home

I remember boarding the first of two lengthy flights to Tokyo with another model from my agency who was also scouted, and who, until then, I had only met once in passing. Eighteen hours later, after nonstop conversations, I felt like I had known her forever; upon landing, severely jet-lagged and with no rest, we were shuttled to our first casting, our exhaustion and adrenaline something communal. Later, we shared a room in a model apartment with two other girls from different countries. Modelling is practically designed for immediate, intense friendships: instantly, you’re thrust into unfamiliar circumstances with other people who perfectly understand the cocktail of emotions swirling in your own head, a built-in bonding experience. Common ground was never something we had to grapple for: we were all in a new country where we didn’t know the language, and we all wanted to get booked for jobs. Almost right away, we were in our pajamas sharing our hopes and dreams, conversations that would feel too intimate in any other setting but felt perfectly natural here.

It’s inevitable: we’re here to work, and we spend exceptionally long weekdays being shuttled to castings across the city, a van full of tall, long-legged girls with portfolios clutched against our chests. By now, we’ve all seen each other’s and are very familiar with their contents, the ritual of flipping glossy pages a rite of passage in the budding moments of our friendships. Some of the girls have been here longer and have more experience; some are almost intimidatingly confident in a way I’m not. We sit in the same packed rooms at the same castings, waiting for a yes or no at the same potential jobs. It’s a no more often than not, a rejection that I know not to take personally but do anyway. When my friends book jobs, I’m happy for them, but envy bubbles under that happiness. It’s too easy to ask: why not me? When will it be my turn?

In a profession based on physical appearance, it’s impossible not to be hypercritical. I memorize what I consider to be my own flaws. My eyebrows need to grow in, and my hair never cooperates. My agency wants me to dye it red and sends me to upscale salons to make sure it’s exactly right. I walk around in long sleeves in the sweltering heat of an Athens summer so that I don’t get a tan, something specified in my contract. Even when I “retire” from modelling to return to university, I dwell on how I look: I can’t pass a mirror without lingering to find a fault. Still now, a decade later, I won’t go in the sun without a hat.

The girls are all so pretty here

In The Girls Are All So Nice Here, the main character, Ambrosia Wellington, is obsessed with not only her own appearance, but other people’s. When she starts college at Wesleyan, she’s thrust into a world where she’s certain everyone is prettier and cooler than her, an insecurity I mined from personal experience. Amb looks at the girls around her with awe and envy, wondering how they’re so comfortable in their skin, especially as she struggles to embrace hers. She compares herself immediately upon meeting someone and spends hours staring at her face and body, assessing her weaknesses. Without my modelling background, I don’t think I would have been able to get inside her head and fixate so intently on these vulnerabilities: it’s almost ironic that my career in front of a camera so heavily impacted my work behind a computer.

RELATED: Dedicating my novel to female friendship, by Anna Jefferson, author of Nailing it

The phrase I would like to put in Room 101 after ‘You’re on mute’, is ‘Shall we go for a walk?’ It is like a red rag to a bull in our house. My children’s eyes roll into the back of their heads the moment the suggestion is raised. You would think they were being asked to walk over broken glass then bathe in a tub of lemon juice, the fuss they make. I’ve tried other tactics, mainly enticing them with junk food, but it’s still a royal pain in the arse to get going...