Carrie Vaughn writes a piece for Female First upon the release of the new book The Immortal Conquistador.

Honestly, I don't mean to write stories that require a ton of research. It just happens. It would be so much easier if I could just use the knowledge already in my head. Trouble is, that would be pretty boring, because I don't actually know all that much. But I love learning new things, so it all works out. 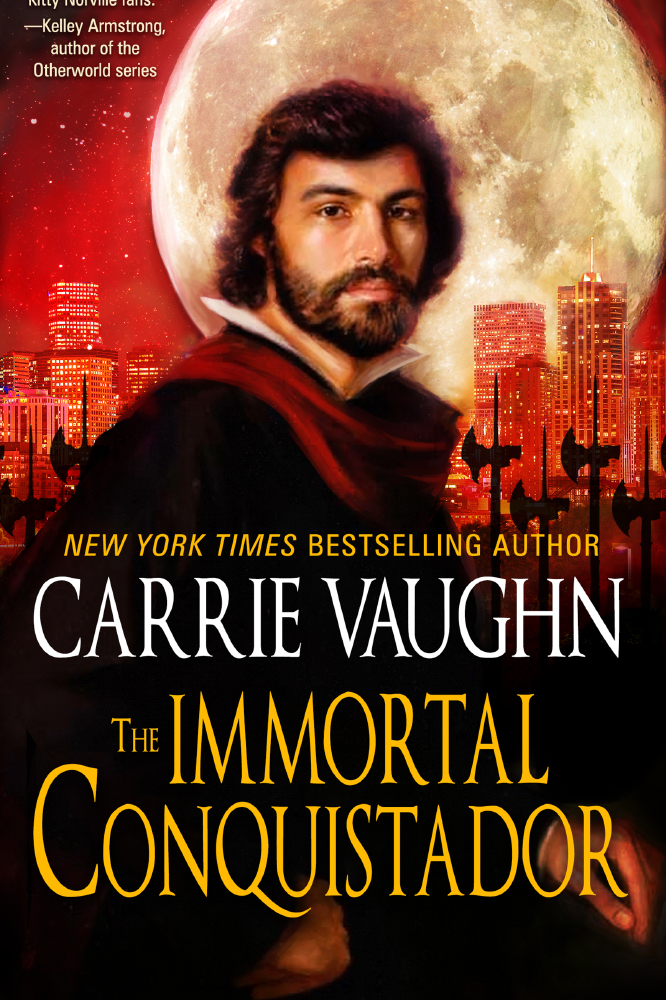 Rick started out as a supporting character in my Kitty Norville urban fantasy series – a standoffish vampire who is still happy to help when he's needed. He quickly grew into so much more, mostly due to a couple of throwaway lines I used to quickly fill in his backstory. See what I mean about not coming up with these ideas on purpose? One line in one novel and suddenly I'm developing an entire 500 year backstory for this one character.

It's a pretty good backstory, and I'm excited for people to read it. Here are seven things I had to research to make Rick's story come alive.

1. Coronado's search for the Cities of Gold in sixteenth century colonial Mexico. This was the throwaway line that started it all, when Rick reveals his age by stating that he was part of Coronado's expedition in 1540. To figure out the details of Rick's history, I had to learn a whole lot about the conquistadors and colonial Mexico.

2. The history of the Santa Fe Trail. I decided Rick spends a couple hundred years in the Borderlands of colonial Mexico working as a tracker, guide, and translator. That's hundreds of years of material for potential story ideas – and a lot of research to figure out the hows, whys, and whens of that era.

3. The languages spoken by the indigenous people of Mexico. Early on in his adventures, Rick allies himself with a group of them and learns their language: Nahuatl.

4. Doc Holliday. In another throwaway line in a different book, Rick mentions running into famous gunman Doc Holliday. (Side note: when writing about long-lived vampires, it's impossible to resist the temptation to have them meet interesting historical figures. Each one of them is a whole new research rabbit hole.) Once again, a throwaway line suggests a whole story, and I wanted to know more about this meeting, which meant learning more about Doc Holliday and his travels in my home state of Colorado. I have been to his grave marker in Glenwood Springs.

5. The rules of faro, a card game popular in the western U.S. in the 19th century. Doc Holliday liked to play it. If I wanted to write about him I had to pretend I knew something about it.

6. Santa Fe. I had to spend a few weekends walking around the beautiful down plaza of Santa Fe, New Mexico. So difficult! Such a hardship!

7. The physiology of blood at high altitude. No, really. You'll have to read the book to find out why.