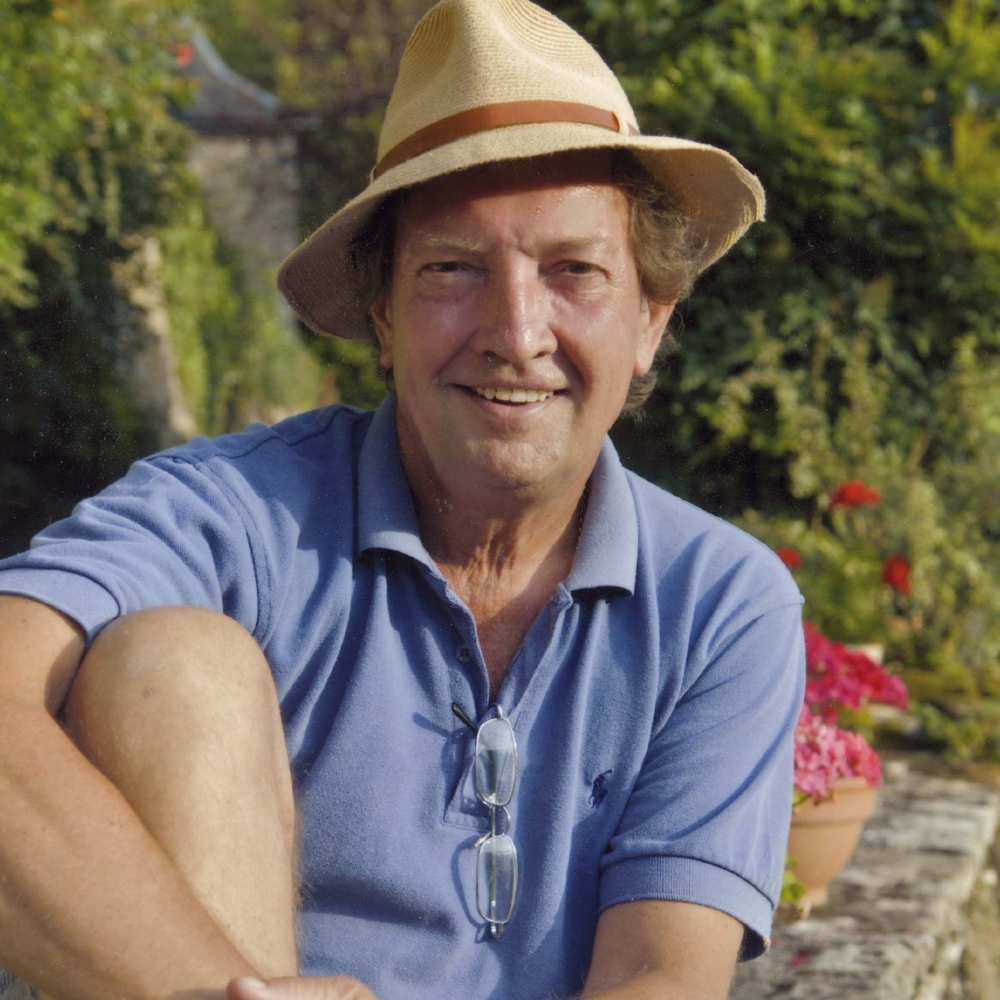 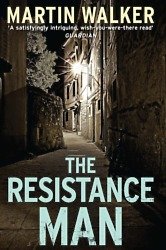 The Resistance Man begins with the death of an old Resistance fighter, who took part n the world’s greatest train robbery, the theft of 2.3 billion French francs, worth about 250 million of today’s pounds. This real event took place in July, 1944, when the German army realised that they could not defeat the D-Day invasion and they were likely to lose France to the allied British and American forces. The Germans tried to seize the French bank reserves but the Resistance took it instead. The money disappeared, and my hero Bruno starts to track its fate while dealing with a brutal murder, the burglary of retired British spymaster and his own complicated love life.

Please tell us about the character of Bruno.

Bruno Courrèges is 40, the most eligible bachelor in the small and charming French town of St Denis. An orphan who spent 12 years in the French army, Bruno was invalided out after being wounded at Sarajevo where he served with the UN peacekeeping forces. He became a policeman in the peaceful Perigord, the culinary heartland of France, famous for its truffles, its foie gras and its prehistoric Lascaux cave paintings. He spends his mornings teaching the local schoolchilden to play tennis and rugby, tries never to wear his gun and hates to arrest anyone.  He hunts, raises chickens and ducks, grows his own vegetable and is an expert cook. Bruno is devoted to his basset hound, Balzac, and his horse, Hector, and while he yearns to have children, he keeps falling for independent and spirited women whose priority is career rather than family. He believes in justice rather than the letter of the law, and his loyalties are to his friends, his town and to his somewhat old-fashioned love of France, which often means defending St Denis against the incursions of the modern world and the globalisation it brings.

How much has your background in journalism helped you to write fiction?

Being a journalist, writing daily news stories and analyses, means constantly meeting people, interviewing them and trying to understand what makes them tick, all useful skills for a novelist. It also means you never get writer’s block! I spent most of my career as a foreign correspondent and I enjoy diving into different cultures, but writing about rural France has been a real challenge, so different in pace and priorities from Paris. In any new country, I always began by reading its history, and French history is a constant theme in my books, from the Nazi occupation in World War Two to France’s more recent colonial wars in Vietnam and Algeria. In my fifth novel, The Devil’s Cave, I went back to famous witchcraft trial involving a mistress of King Louis XIV. In The Resistance Man, I delve back into the history of the British agents and wireless operators who fought with the French Resistance.

This is the sixth novel in the series so what can you tell us about the previous instalments?

The first novel began with the murder of an elderly Arab veteran of the French army, apparently by young right-wing extremists whose arrest provokes riots, but Bruno digs deeper for the real truth. The second, The Dark Vineyard, deals with militant environmentalists trying to sabotage genetically modified crops and the attempts of a giant American wine company to buy vineyards around St Denis. The third novel, Black Diamond, deals with fraud in the market for truffles and a murder that is linked to France’s colonial wars. The fourth, The Crowded Grave, combines animal rights activists trying to stop the production of foie gras and an archaeological dig that is looking for a Neanderthal burial but finds a very modern corpse buried alongside. The fifth, The Crowded Grave, starts with an unknown but naked dead woman floating down to St Denis in a boat, and her body bears signs of a satanist ritual.

You live in Washington DC yet have a house in Dordogne, so what made you want takes your summers there?

I’m spending more and more time in France because I enjoy my life there so much with my French friends and neighbours. There are wine-growers, cheesemakers, hunters and experts in finding truffles and mushrooms so with our own chickens and vegetable garden we eat and drink like kings. The climate is delightful and the countryside enchanting, full of history from the prehistoric cave art to the castles of the middle ages. We’ve had a house in the Dordogne for fifteen years, and the Bruno books (now in 15 languages)  have brought so many tourists to the region that I’ve been made an honorary Ambassador. This means I’m asked to helped promote the region at international tourism and wine exhibitions across Europe, and to present the traveling exhibition of the Lascaux cave in the U.S., Canada and Japan. They also made me chair of the jury for the Prix Ragueneau culinary prize and last autumn I was made a chevalier of foie gras, which meant dressing up in medieval robes at a formal ceremony in the old town square of Périgeux and being baptised with a duck.

Why is the Dordogne such a perfect setting for a crime novel?

The valleys of the rivers Dordogne, Vézère and the Lot have everything a novelist needs: great wines and glorious food, wonderful village markets, history from the distant past to the Hundred Years War and the Resistance, a powerful regional culture with its own patois version of French and a large expat community of Brits, Dutch, Belgians and others. The local politics are intriguing, with towns run by Communist mayors and a thriving far-right National Front along with militant Greens and passionate hunters. The curious French inheritance laws make wills, heirs and property into a fertile field for the mystery writer. The Perigord itself is a magical region; in the old legend of King Arthur and Knights of the Round Table it was the province given by Sir Lancelot to his son, Sir Galahad. And in an area filled with artists, a writer is never stuck for ideas.

I start with a detailed synopsis of about thirty pages, one for each chapter, to get the plot right along with notes on characters, scenes and dialogue. Once I start writing, I have to produce at least a thousand words (around three pages) a day. It doesn’t matter if I’m on a plane, in a train, attending an international conference or on a book tour, those thousand words have to be written. But sometimes things happen while writing that throw out the plan. I had one novel where  a femme fatale was supposed to seduce Bruno with her wiles, but when it came to writing the scene it was as though a force field came from my laptop to prevent my typing and I could almost hear Bruno saying, “I’m not going to drop my trousers for this woman….” At one level it was great, feeling that this character had developed a life and will of his own. But it also meant throwing out the plan and starting all over again.

I recently finished the 7th Bruno novel, Children of War, and am now starting work on the eighth. I’m currently on a book tour in the U.S. and will then do another tour in Germany, Austria and Switzerland. This summer a Franco-German production team starts filming the Bruno TV series on location in the region and I’m looking forward to my Hitchcock moment, the right to a token appearance in each episode, walking onscreen with my dog or being a customer in a café. Later in the summer I’ll be in Canada to launch the Lascaux exhibition and this autumn we launch the Bruno cookbook at the Frankfurt book fair. 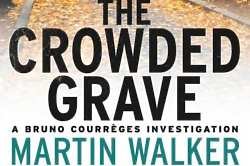