The Wedding Gift by Marlen Bodden 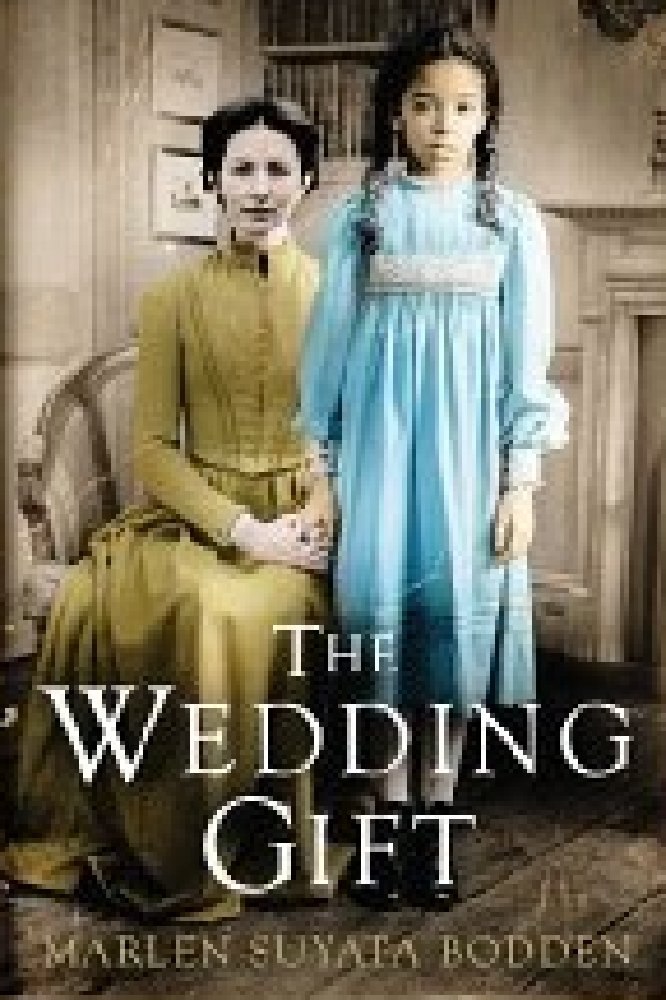 What can you tell us about your new book The Wedding Gift?

It’s my debut novel and it’s set in the 1850s pre-Civil War American South. When Cornelius Allen gives his daughter Clarissa’s hand in marriage, he presents her with a wedding gift: the young slave she grew up with, Sarah.  Sarah is also Allen’s daughter and Clarissa’s sister, a product of his longtime relationship with his house slave, Emmeline.  When Clarissa’s husband suspects that their newborn son is illegitimate, Clarissa and Sarah are sent back to her parents, Cornelius and Theodora, in shame, setting in motion a series of events that will destroy this once powerful family.

Told through alternating viewpoints of Sarah and Theodora Allen, Cornelius’ wife, The Wedding Gift shows where the complicated bonds and relationships between women of different races and socio-economic backgrounds, a particular American story, began.

Tell us about your research process into this novel?

My research process for The Wedding Gift chiefly was to read non-fiction, scholarly books and articles on American slavery. The works I found most useful were ones that relied on court and government documents, such as deeds, records of lawsuits, birth and death records, and census reports.

I read, but did not rely on, a substantial amount of slave narratives, transcribed interviews conducted by the U.S. government in the 1930s, during the Great Depression, a time of grave poverty in the U.S. But scholars have pointed out that those interviews did not accurately depict the lives of slaves during slavery because the subjects were small children when slavery was abolished in 1862-1865. I found it striking, and sad, that what almost all the subjects commented on was that during slavery they always had a lot to eat.

What made you want to explore the subject of slavery?

American slavery and the Civil War are very important topics in the U.S. and, as children, we studied them in school. I was interested in history since childhood and even then, I was most unusual for someone so young, because it made me sad to think that my ancestors had been kidnapped in Africa and taken to the New World as slaves.  As an undergraduate, I studied history and literature, but it wasn’t until the mid-1990s that I began to read a few reports of modern-day slavery, but these reports seemed like isolated incidents. It wasn’t until the mid-2000s that I began to hear the true figures of how many slaves there are around the globe, in our times.  Anti-slavery advocates estimate that today, all over the world, in every industry, there are at least 27 million slaves. That’s more than at any other time in history, including during the Trans-Atlantic Slave Trade, when over 11 million Africans were transported to the New World.

You are a lawyer in New York City by day, so when did writing become a focus for you?

In 1999, when I read, in a non-fiction book on runaway slaves, in a footnote, about a case in Talladega, Alabama, where a planter sued his wife for divorce and the court granted him all the property his wife had brought into the marriage, including a young slave woman. I thought about writing a novel based on that case. But I didn’t focus on writing until 2003, when I had a client who had been taken from Asia to New York City as a slave and with the help of police had escaped.  I knew then that I had to write The Wedding Gift, to give voice not just to my ancestors, but to the slaves of today.

How do you fit your writing in around such a demanding role?

I write on weekends and vacations. But I also read for research and write on the commuter train, the subway, during lunch, and just about anywhere when I have time from my “day job.” But, I also practice the law the same way, I often have to work on my cases on weekends or vacations.

Critics have said that they can’t put your book down, so how have you achieved this addictiveness in your writing?

I just love it when people say that! I enjoy hearing from readers that I made them late for work because they had to finish The Wedding Gift and it was at 4:00 A.M.  I do a lot of research on my chosen topic and then when I begin to write, I listen to my characters and let them tell the story. Every now and then I forget to do that and I write how I think the story happened and I’ll write about 30 pages. When I go back to edit, it doesn’t sound right, so I ask the character how it really happened, and I re-write the entire section, just listening to her and picturing what happened. So I think that’s why readers connect with the story and characters: The Wedding Gift is written by an author who listens to dead people!

This is your first novel, so do you have plans for another?

Yes! I’m very excited about it, it’s about the conquest of Mexico and one of the main characters is a young Aztec (Mexica) heroine.  There is so much scholarly work today on that topic, so I’m reading not just about history, but about archaeology and anthropology and the characters are speaking to me.

Your inspiration for this was from your knowledge of slavery and human trafficking so please can you expand on this for us?

Slavery has been in existence since the beginning of recorded history, but because of the global population explosion, there are over 7 billion people on the planet today. So there are more people fighting for scarce resources. With more poor people, slave owners and traders are taking advantage of poor, desperate people by tricking or kidnapping them into slavery, often by promising jobs. Even though slavery is illegal all over the world, corrupt governments allow, and often engage in, the enslavement of people. I have links to wonderful anti-slavery advocates on my website (www.marlenbodden.com), modern-day abolitionists, including Free the Slaves, whose founder, Kevin Bales, says that because of the “supply” of poor people, a slave today can be bought for about $90.

Slaves, by the way, exist in every sector of the economy, not just the sex trade: including in agriculture, manufacturing, fashion/textiles, the military, hotels, restaurants.

What feedback have you had after the release of this book?

One woman said she finished The Wedding Gift while she was sitting in traffic in Miami! Readers often tell me that at first they didn’t want to read a book about slavery, but then quickly got into the book and were really surprised by the twists at the end. I also like to hear that despite being set in the 19th century, readers identify with the issues that Sarah, Theodora, Emmeline, Belle, and Clarissa face. 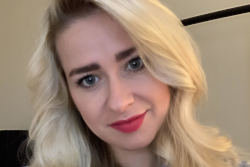 How lockdown changed my writing by Lucy Vine, author of Bad Choices