The Whispering Wind by Lexa Dudley 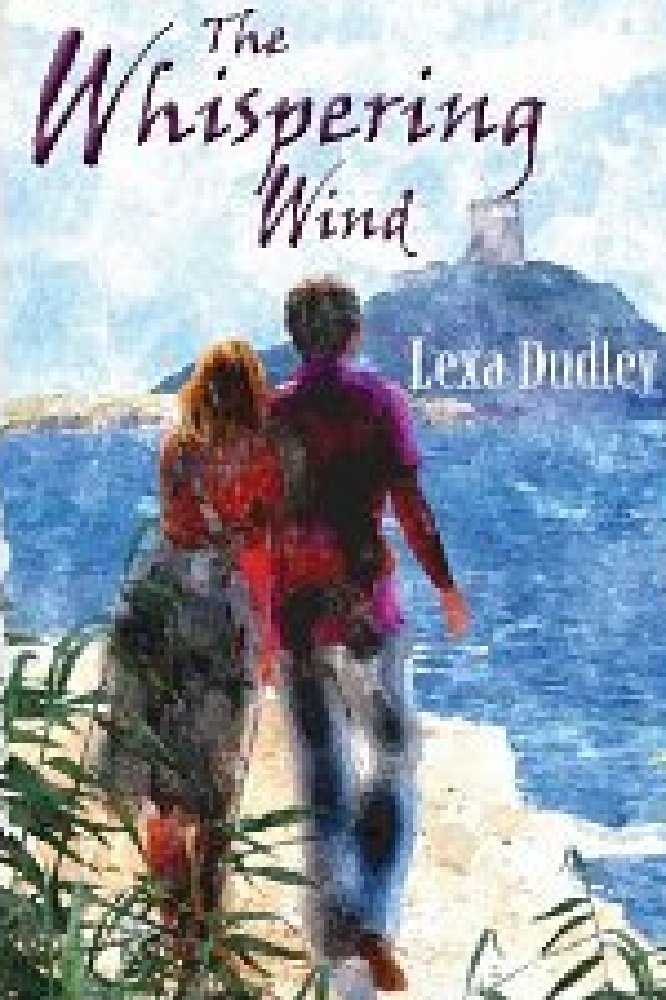 What can you tell us about your new book The Whispering Wind?

The Whispering Wind is a classic love story set in Sardinia where Elise goes on holiday to escape a loveless and violent marriage.

Whilst there she meets and falls in love with Beppe, a local Sard. Despite religious and cultural differences, they embark on a romantic and passionate affair.

Beppe shows Elise his island and introduces her to the welcoming culture of the Sardinians and Elise soon falls under the spell of both the island and its people.

But when fate steps in and takes a hand, Elise has to face all the problems she had been so desperate to leave behind.

What made you want to set the book in Sardinia?

I fell in love with Sardinia the first time we went there and I wanted the island to be like a third character in the book. To me, it will always be the Enchanted Island. However, their culture and deep religious conviction would make it difficult to accept a situation like Elise and Beppe’s, especially in 1969, so it made me think what might happen to them.

You travelled to Sardinia in 1972; what can you tell us about your experience of visiting it?

It was not our first choice! We had decided to go to Corsica, as the family wanted to go to an island and I spoke French. The travel agent, a good friend, rang back and said Corsica was full so had booked us into the south of Sardinia. I must admit I had to go and look it up as I was not sure where it was exactly.

Sardinia proved to be unique with its many languages and proud independent people who were always eager to tell you about the island if you asked.

It has outstanding scenery and amazing festivals and we have been back every year since that first visit in 1972.

You have four sons and eight grandchildren – how do you manage your writing around your large family?

I first began writing when the boys were at school during the day and my husband had moved his office away from home; I had a lot of time to myself.

We moved quite a bit in the following years and the manuscript was packed away with all the other books one collects over the years.

When I retired, my husband suggested that I find the book and have another look at it, and I set about rewriting it.

What about the island makes it the place for a romantic setting?

Sardinia is an extremely romantic island. Its beautiful beaches and wild mountains are enough to stir the imagination of even the least romantic soul.

Tell us about your writing background.

I have a limited writing background. I am dyslexic, but with the arrival of a computer and spellcheck, life is much easier – although I still write the first two drafts of a manuscript in longhand.

I wrote a book about my father in conjunction with someone who knew him and his business.

I have written a book of poems about Sardinia, and had a few letters published in the local and national papers. However, this is my first novel.

I set the book in 1969 because communication with the island was almost impossible at that time. Phone calls had to be booked, taking hours if not days. It was relatively unknown, as tourism had not taken off on the island, which was ideal for the book.

Tell us about the development of the characters throughout the book.

Characters are funny things. When you start writing, they are in your head and you think you know them; but when they go on the page, they start to take on a life of their own. By the time I reach the end of the two longhand drafts and know how the book ends, I find the characters wouldn’t do things I thought they would, or do something surprising. The ideas in your head finally become characters alive on the page.

What are your favourite reads?

My favourite reads are Jeffery Archer – he is such a wonderful storyteller – Lesley Pearce and of course Daphne du Maurier.

I tend not to read at home as I always have my head either in my book or am busy researching something. Mondays is washday in my house and I listen to an audiobook which I love; being read to is just magic and so I leave reading to the beach.

I am putting together a story set in Sardinia in 1855, around the time of the Risorgimento, which is about two families.  It is a story of revenge, vendetta and honour, but of course, most of all love.