Juliet Warrington writes a piece for Female First upon the release of her new book The Wit and Wisdom of Hilda Ffinch. 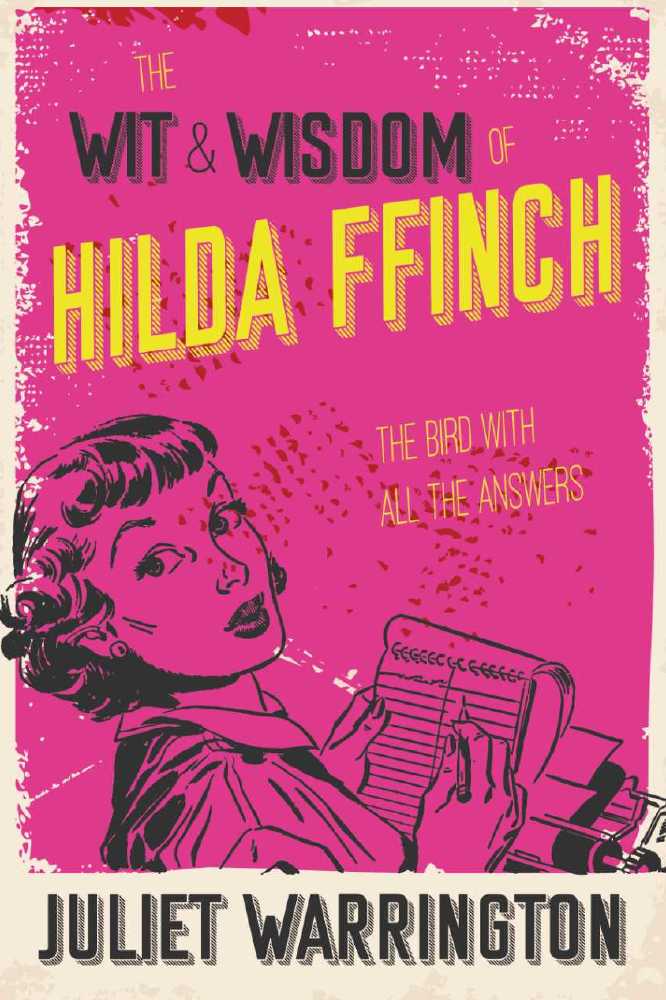 The Wit and Wisdom of Hilda Ffinch

1. I absolutely love going to the opera! La Traviata is my all-time favourite and – of course – no one will ever surpass Placido Domingo as Alfredo (*swoon*). I’m not one to sit at the back of the auditorium or to perch in a box however, I’m at my happiest sat as close to the stage as possible, even if this means straddling the orchestra pit and putting the wind up the horn section.

2. My lifelong theatrical crush is Kenneth Branagh, particularly when he’s wearing tights and spouting Shakespeare. His 1989 version of Henry V is unparalleled, I’ve watched it so many times over the years that I’ve become very adept at performing the St Crispin’s Day speech in its entirety whilst cooking bolognaise.

3. I’m not particularly good a celebrity spotting. I did once clap eyes on Gene Hackman when I was living and working in Baltimore, he was making ‘The Enemy of the State’ with Will Smith. Unfortunately, when I spotted him I was in the middle of a solitary road rage rant behind my steering wheel due to the road ahead being closed for filming and so without further ado I wound the window down and shouted “Gene’s a girl’s name!” at him. Fairly certain that he didn’t hear me, but obviously I made a complete arse of myself.

4. I HATE, yes HATE, spiders! Not so much those odd-looking ones with a lentil for a body and long spindly legs, but the big meaty house invader variety. Every year, come early September, I’m to be found patrolling the house of an evening like Lara Croft with a can of Raid strapped to each thigh and a flask of gin slung over my shoulder for Dutch courage. It’s a serious, nerve-tingling time, and if my house guests get in the way well, so be it!

5. My culinary skills are legendary – but not in a good way. Experimental recipes which have haunted by house guests for many years now include Octopus Soup (poisoned my cousin’s husband with that one, Thoroughly Ground Almond Cake (set solid and smouldered for three days on an open fire, I kid you not) and Tuna and Beef Bolognaise (had to cut out the middle man with that one and dispose of it down the toilet to the cheers of my fellow diners).

6. I was once disqualified from a karate tournament by the chap who taught Arnold Schwarzenegger to fight in the Conan the Barbarian films on the grounds that I was first up and was on course to set a precedent for dirty fighting (it was just nerves, I assure you). I was a bit disappointed and sat on a bench sulking for a while until the same referee came over and sat beside me.

“You know I had to do that, don’t you?” he asked, “You might have killed that bloke, but…” he nudged me and winked “If you’re ever attacked in the street love, go at ‘em like that. You were fabulous!”

Dined out on that one for years!

7. It is nice to be called an author or a writer – it’s what I always wanted to be – but my close friends and family refer to me as ‘That lady novelist’. A few years ago I was doing some research for a story when I came across some old passenger lists from an empire steamer which bought folks back to Britain just before the outbreak of WW2. Amongst the people who disembarked at Southampton was a woman who gave her occupation as a lady novelist. Classic! What images that title conjured up – I loved it then, I love it now!

8. I know everyone says it, but I really do love books! When I was little my Dad was in the RAF and so we were constantly on the move. We didn’t get attached to our friends as kids do nowadays, because we knew that we’d be moving on soon and would probably never bump into them again (bear in mind that the internet hadn’t even been invented back then and the only mobile phones we’d ever heard of belonged to Captain Kirk and Spock). Thus it was that I started reading at a very young age, everything I could get my hands on from Dickens to the Daily Mail. A particular favourite when I was about six was Baroness Orczy’s ‘I Will Repay’ – I still have my (now well-battered) copy of it here on my bookshelf. Love, love love books!

9. I’ve always been fascinated by history, by the lives of people who have gone before us. I loved living in London as a child because – obviously – there were so many famous old landmarks to see and think about. A particular favourite was Traitor’s Gate in the Tower of London, that really resonated with me because my Mother was descended from Queen Anne Boleyn’s sister, Mary. I used to wonder what my distant Aunt must have been thinking when those gates clanged shut behind her, but to be fair the thought of an iced bun on the way home generally took precedence in next to no time.

10. I’d have loved to have lived in the days of Jane Austen but I know only too well that there would be incidents involving Regency frocks on staircases and accidents clambering into barouches. I’m reasonably confident that I could raise a sparkling wineglass across a fully loaded dinner table (I’ve had lots of practice at that) and could avoid mistaking the table decorations for salad or igniting my neighbour’s wig on a candelabra, but the ensuing cotillion on the dance floor would put paid to any ambitions of social advancement which I might be harbouring.

There’s a reason I was born when I was: Accident prone and liable to say entirely the wrong thing at a most inappropriate time.

*Sighs and puts ‘Pride and Prejudice’ and ‘Sense and Sensibility’ back into steamer trunk in study. Drops the lid and traps three fingers. Air turns blue. *

About the Author: JULIET WARRINGTON was born on a small (and now totally defunct) RAF station in the Libyan part of the Sahara Desert, some 30 odd miles from the Egyptian border. Constantly on the move as a child due to her dad’s job, she grew up in Surrey, Buckinghamshire, Cyprus and London. Long-term friendships were hard to form without internet and mobile phones and so books became her constant companions. She lived in Limassol with Lorna Doon, Aylesbury with Tom Sawyer and hid The Scarlet Pimpernel in the garden shed in Uxbridge on more than one occasion. She currently resides just outside Wrexham, in North Wales. Website: https://www.mrsfoxgoestowar.co.uk/

The Wit and Wisdom of Hilda Ffinch by Juliet Warrington (published by Clink Street Publishing 22nd September 2020 RRP £9.99 paperback £3.99 ebook) is available to purchase from online retailers including Amazon and to order from all good bookstores.