10 Things author Tim Lebbon wants you to know about him

1. The Hunt is the first novel I've ever written with no supernatural or fantastical elements whatsoever. My 30+ previous novels have all had a supernatural or other-worldly feel. And some have been pure fantasy. It was a challenge to write, but also one of my most enjoyable writing experiences.

2. The Hunt was also also one of the most interesting writing experiences I've had, when characters actually started to dictate their roles. Rose was a minor character in my head when I began writing, but now she's one of the two main characters. That felt like a surprise, but I think it really made the book work.

3. Five years ago I was 30 pounds heavier, 6 inches wider around the waist, and unfit. Since then I've become a little bit (just a little bit) obsessed with endurance sports--running, cycling, swimming--and I'm about to race my second Ironman (2.4 mile swim, 112 mile bike, 26 mile run). The Tim of five years ago would wonder what the hell the Tim of today is doing, but I'm glad it happened.

4. This new change of lifestyle led directly to me writing The Hunt. The adage 'write about what you know' came into play here more than ever before. The only thing in the book I'm unfamiliar with is being shot at. But there's still time.

5. Since I've grown older I've developed a fear of heights. I used to be able to climb a ladder without a wobble. Now, it's hard work. I can look through a window on a 30 storey building, but if that window was open I'd feel sick. It's completely irrational, and I'm actually fascinated by why it's happened.

6. We have a dog called Blu. We'd already chosen the name, but when we went to choose him from his litter he had blue eyes and a small blue collar. His eyes are now orange. But that's not such a cool name.

7. The fire brigade came to my 18th birthday party. Buy me a beer and I'll tell you about it.

8. The Hunt is also the host heavily researched book I've written. I spent some time in Snowdonia, climbed Snowdon, did a mountain marathon, swam in a lake ... lots of fun!

9. I love real ale. I have a wide taste. I used to prefer darker, heavier beers, but now I'm developing a taste for very intense, hoppy ales. Try Brewdog Punk IPA. It's a cracker.

10. I love cooking. But I'm not very good at it. I start something, make a mess, get all flustered with timings, and I have little sense of what makes a good combination. My wife is an excellent cook, but doesn't enjoy it as much as me. I start something, she comes in and rescues it. We make a good team. We've been married for twenty years, and from now on when someone asks how we've lasted so long, I'm going to say, "Because of food."

The Hunt eBook is released today and paperback on the 16th July. 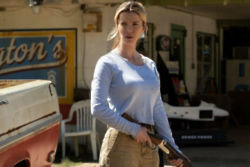 Why Universal cancelled The Hunt, and why it could be a dangerous step towards censorship 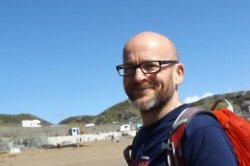 Tips on how to become a best-selling, published author by Tim Lebbon 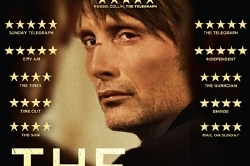