The monsters lurking online and how their reality might surprise us

Author Vivian Asimos writes a piece for Female First upon the release of her new book Digital Monsters.

I saw something really interesting happen when I started my research into digital monsters. People’s biases regarding the online environment became massively obvious, and often spoken of freely where previously it was kept from me. Potentially, I had before been seen as some young person who freely uses these environments without any form of critical thought. When I became a researcher, I was suddenly an adult, and one capable of fully realising how the internet can actually be a terrible place. 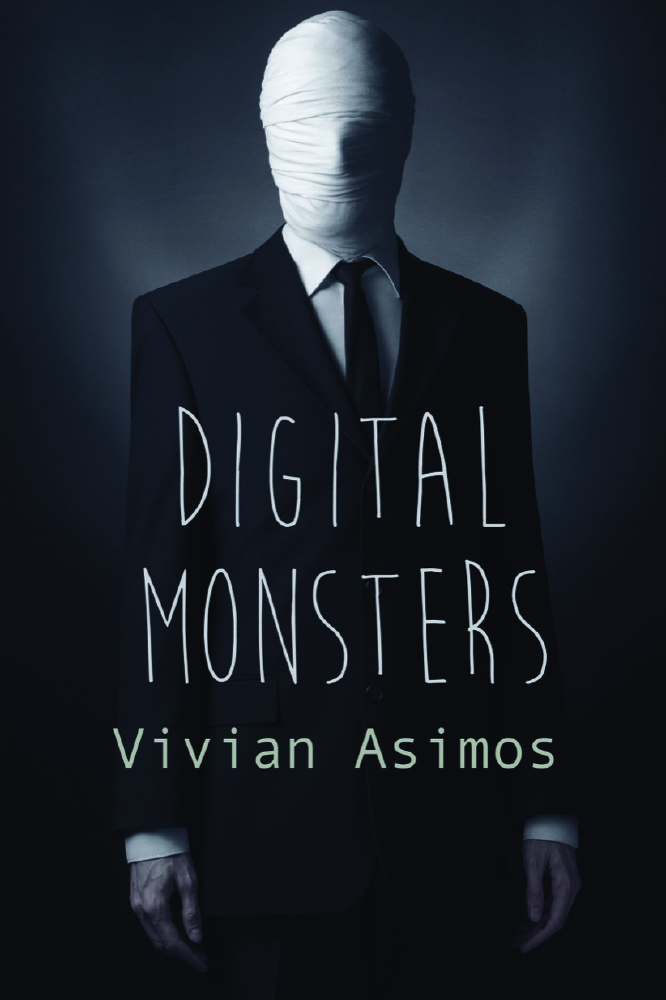 I had one scholar tell me that doing research into online environments seemed to be impossible, despite the large amount of previous research I could point to where it had happened. Another was surprised at how I defended the communities I spent my time studying, asserting that it was intensely necessary I saw the true horror that was around me. During my PhD’s defence, one of my examiners voiced surprise that he found, after reading the work, that he had a sudden empathy for a community he once had very little empathy for.

What this reveals is that there is an assumption in-built for people when it comes to the online environment. When we talk about online communities, many people immediately have thoughts of nefarious meetings where snarky, untoward teens gather together to plot the demise of the vulnerable.

And while I’m sure that at some point, somewhere, this type of meeting may have occurred, it is not the norm for online communities. Many communities I have both researched and been a personal part of have been massively positive – they support each other when users need it the most. Some users spoke about how writing horror, and the community of support received with writing and reading horror, provided such an avenue of encouragement that it led them away from suicide and other forms of self-harm. Some users found the ability to write about trauma as a positive way to deal with trauma they faced, trauma which stretched from child abuse to rape. I never saw any hate or any plotting to hurt others – I found love and support, channelled through a medium of horror and monsters.

The only time I did not see this was with the Momo Challenge, but not stemming from the communities I was with. The Momo challenge began to be circulated through newspapers and the social media networks of concerned parents – sharing the fear of a strange bird-like monstrous woman with stringy hair, who gave children challenges which would ultimately lead to their suicide.

Despite the amount of concern being shared on these networks, there was no proof of the Momo Challenge ever existing. Police were brought in, only really listening to parents and never to children. There is no evidence of any child ever being victim, only stories heard several people away.

So how did Momo take such control over concerned parents, if there was no evidence of it existing in the first place? The assumptions of online communities as ultimately evil is readily accepted, meaning the online environment itself is seen as a monster. Monsters can thrive there, and anything which springs from it has the potential to harm. We don’t need evidence of the harm – because the story itself is so believable.

The fear involved in the monster Momo is not for the children who are the supposed victims, nor for the fun of reading like some of the other digital monsters shared round on subreddits for horror storytelling. Momo is only a monster because of the fear of parents.

There is great fear your child is being sucked into a digital world you do not understand and cannot protect them from. The fear is that you do not know what your child is up to when they use this new lingo and talk about new locations online you don’t understand.

For those who have this fear, I’m here to tell you something important: you do know what your child is doing when they’re online.

Spending time and effort demonising a group of people who are not doing anything but helping one another will not help you better connect with your children anyway. Instead, you should listen. Listen to what your children and others are saying – not what people say the children said, but the children themselves. Speak to them, hear their stories and let them speak about their own experience. And listen to others – have empathy and care.

The attacking which transpired around Momo has had a large negative effect on people who have never taken any action to harm others. The artist who created the amazing sculpture which became Momo destroyed his wonderful piece of art due to the backlash – even though he had no part in the Momo Challenge. Online communities who share horror stories were, once again, attacked as vicious. Even though they had no part in the Momo Challenge.

And the outcome? The large number of online searches for Momo, and large amounts of media attention, actually led to some creating videos. The capitalisation of the attention led to some to try to create videos of Momo, where there before weren’t any.

In the case of Momo, it wasn’t terrible teenagers who created an online monster, but terrified parents.

The online world is not inherently scary. It’s not full of Hollywood villains who plot the demise of the innocent. Its full of people – everyday people who go through the same issues and have the same concerns as everyone else. Digital monsters teach us about these communities, and what’s important to them – and through us, what’s important to our contemporary world. We should not shy away from them, but listen to them. We should learn about what they teach us about not only those who first told their stories, but also to learn about ourselves.

Digital Monsters by Vivian Asimos is published by Clink Street, October 6th 2020, RRP £7.99 paperback, £3.99 ebook. You can follow her on Twitter @vivianasimos and on her website www.god-mode.org.