Where I got my inspiration for new novel The Fire Portrait, by Barbara Mutch

The release comes following the success of Mutch's first novel, The Housemaid's Daughter. 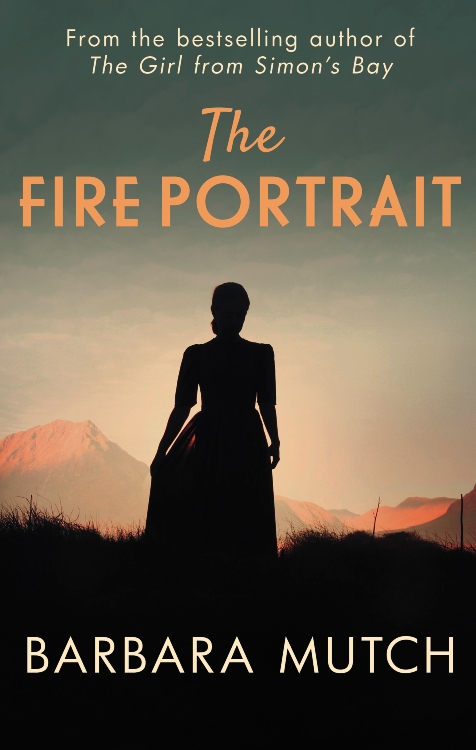 I am always intrigued by the idea of migration… what makes people leave their homes?

And what do they imagine awaits them at their destination?

Sometimes it is a forced departure, driven by war or famine or the fear of it. Sometimes it is economic: the conviction that a more productive life lies beyond one’s own shores. Or sometimes it is a yen within the human heart: to leave for adventure or the prospect of love. My own family’s history is a story of migration.

In The Fire Portrait, Frances Whittington leaves out of desire for a new life but also because of thwarted prospects brought on by the change in her family’s fortune. Many young women of her era – born at the start of the 20th century – found themselves in a similar position for a variety of reasons. The tragic loss of so many men in the First World War diminished chances of marriage, for example. And women born in 1910, like Frances, came of age in the 1930s, when the Great Depression affected – or in Frances’s case decimated - their parents’ wealth and left them less attractive to potential spouses. It may sound callous to our ears – that love cannot overlook a shortage of money – but that was often the reality in those days, and sometimes still in ours.

In Frances’s case, her prospects post-migration were promising. She arrived at the Cape and instantly became a curiosity for the local community: a beautiful young woman, well-spoken, a rising artist. She quickly acquires a suitor whom she loves, but again fate intervenes. Despite declaring his feelings for her, he leaves her high and dry and marries an American heiress. At that point, things go seriously wrong for Frances: her Aunt, with whom she lodges, dies, and Protea Rise, the beautiful old house against the mountain, has to be sold. Frances is effectively homeless. There is no money for passage back to the UK, and in any case to return, tail between her legs, would be seen as a personal failure.

So Frances makes a marriage of convenience, moves to a rural town several hours from Cape Town and embarks on a life surrounded by a semi-desert landscape, within a community whose language she does not speak. What could possibly go wrong? Well, a great deal as it happens. But I won’t give away the story for those who perhaps have not read the book yet!

So these were the circumstances that inspired the book: a young woman plucked from her comfort zone, forced to conform – or rebel? – in an environment utterly alien to her, against a backdrop of increasing political polarisation and a steady march towards world war.

In order to recreate the world in which Frances finds herself, I spent time reading and researching in an area called the Little Karoo… which is a semi-desert sparsely interrupted by pockets of fertility that can support vineyards amid stretches of scrub that host sheep. The region is subject to regular, punishing droughts that dry up the few rivers and turn those vines and sheep scrub to dust. I also dug into the history of the local farming communities, similar to those I’d investigated for my first novel, The Housemaid’s Daughter, also set in the Karoo. From a political point of view, I began to understand a dilemma that is now all but forgotten: It is 1939. Would South Africa enter WW2 on the side of the Allies, would it remain neutral, or would it support Nazi Germany? Not many people remember or know that the vote in the South African Parliament was nail-bitingly tight. And its ramifications played out on every city street and village square around the country. I realised that I could place my heroine at the centre of a local storm that spread well beyond the small town where she was making her home.

Frances is an aspiring artist, and her art forms a vital sub-plot/theme. She discovers that the seemingly unforgiving desert is actually host to a range of extraordinary flora and fauna – cryptic and hard to spot – that she begins to paint. But it is the free art lessons which she offers that start to thaw the opposition she faces as an outsider. Yet just when she senses gradual acceptance, war breaks out in Europe, the schisms in the rural community widen and she finds herself shunned when her husband volunteers on the side of the Allies. Who do you support? Her tentative friends ask. Whose side are you on?

And these are questions that bring/thrust the novel right up to date.

Which side do we support in the debate about migration that goes on today?

Do we engage or do we look the other way?

And if, within our community, we find ourselves isolated – like Frances - or if we are targeted – again like Frances – how brave are we prepared to be?

In Frances’s case, art becomes an unlikely but potent weapon. Not just to ensure her personal survival and to shine a light on the injustices done to her but, also, it turns out, as a predictor – and warning - for the future. Her future, and perhaps ours as well.

The Fire Portrait by Barbara Mutch is out now. Visit Barbara's website at www.barbaramutch.com.

MORE FROM BOOKS: Writing about toxic relationships, by Amanda Robson