Research launched as part of National Commute Smart Week finds ‘smart commuting’ could dramatically reduce travel to and from work
o 62% of commuters want to reduce time spent travelling to and from work
o Being stuck in traffic, travelling in the dark and wasting time are big frustrations
o 46% say bosses won’t allow them to ‘commute smart’ to reduce their travel time

62% of commuters want to reduce time spent travelling to and from work
Being stuck in traffic, travelling in the dark and wasting time are big frustrations
46% say bosses won’t allow them to ‘commute smart’ to reduce their travel time

British workers are wasting 4.6 million hours a day commuting, according to a research report by Citrix GoToMyPC to coincide with National Commute Smart Week. The survey of 2,000 adults finds 62% of commuters want to reduce the time they spend travelling to and from work, with the biggest frustrations being stuck in traffic (42%), issues with public transport (38%), travelling in the dark (36%) and cost (30%).

The report, available to download from http://www.workshifting.com/downloads/, reveals how British workers believe they could significantly reduce the astonishing 26 million hours a day they spend travelling to and from work, by adopting a smarter approach to commuting. The most popular solutions include home working (34%), varying start and finish times (22%) and using technology to enable flexible and remote working (32%).

However, workers are facing barriers to adopting smarter commuting, with 46% saying bosses won’t allow them to work from home or work flexible hours. This is despite almost one in four commuters voicing concerns about the amount of time they waste that could be used more productively.

The report also suggests that smart commuting could have a positive impact on the British workforce, helping them to become fitter, healthier and more relaxed. Over a third (35%) of commuters said they would spend more time with family; 31% would take more exercise; 22% would make healthier meals; and 21% would take up a new hobby or join an evening class. A cheeky 16% even revealed they would make the most of the extra time by spicing up their love life.

Graham Jones, Internet Psychologist, said: "Bosses who insist that people all go to work at the same time and stick to a set routine are actually weakening their business. That's because people generally don't like being told how to run their life; they feel their boss is controlling them and therefore are actually less motivated. Using the Internet, for instance, to gain increased flexibility means that motivation levels in office staff could rise as people feel more in control of their own destiny."

Richard Ward, a Multimedia Designer at Oxford-based BOCC is using Citrix Online’s GoToMeeting remote collaboration tool to benefit from his company’s approach to smarter commuting; allowing him to work from his Northumberland home instead of travelling to the office every day: "I was incredibly lucky to find an employer that was willing to give me the flexibility to work from anywhere. Using web-based remote access and meeting technology, I can still take part in weekly staff meetings and I actually think I am more productive working from home than I ever was working in an office."

Phil Flaxton, CEO at Work Wise UK, said: "Commute Smart week is all about looking at ways that UK workers can improve their work-life balance by reducing the strain and stress caused by commuting. The GoToMyPC survey reveals there is a lot of frustration amongst British workers that could easily be reduced if more businesses adopted and embraced smarter working practices."

Andrew Millard, Director of eCommerce, EMEA for Citrix Online’s GoToMyPC, said: "In this day and age, old working practices dictating that employees must travel vast distances to sit at a desk every day are outdated. As the survey shows, British workers are frustrated by the amount of wasted time caused by long, arduous journeys to and from work. Smart commuting, flexi-time and remote working can offer an ideal solution, giving a range of benefits for employees and employers alike."

Commute Smart Week is a national initiative, organised by Work Wise UK, aimed at encouraging workers to reduce or even eliminate their daily commute to improve health, wellbeing and productivity.  The week, now in its third year, takes place from Sunday 8th November to Saturday 14th November 2009.

Tagged in The Business 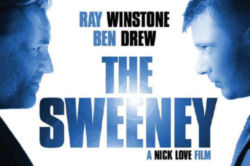 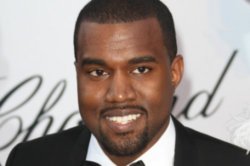 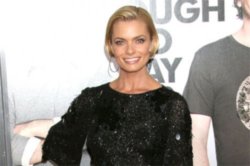