Seven celebrities who never gave up on their dreams

These seven celebrities' stories will leave you feeling inspired.

Celebrities are known for having a skill or talent that exceeds the usual standard. But before they found recognition for their special ability they all started somewhere.

Some of them have had more knocks on their way up to the top than others. Here are seven celebrities whose pasts were just as interesting as their present before they achieved celebrity status.

Before Matt Cardle became famous after appearing on and winning the X-Factor back in 2010, he was a painter decorator. His ordinary, down-to-earth roots played a part in his overall likeable character.

He was also a keen skateboarder - not too surprising given his edgy, cool personality, also reflected through his look. He spent a lot of time during his college years at skate parks.

Before being a contestant on the X-Factor, Matt was also in a couple of bands; Darwyn and Seven Summers. When Matt won the X-Factor, the views on the music videos he had previously released soared.

When you think Ricky Gervais, his role as David Brent and Andy Millman probably first spring to mind. The co-writer, co-director and actor didn’t initially go down the television route, though.

His creative career first began in the music industry, when he attempted success as a pop star back in the 80s. He was the singer in the new wave act Seona Dancing and worked as the manager of the band Suede.

He eventually ditched the music scene and threw all his energies into comedy. Some of his most notable works include The Office, Extras, An Idiot Abroad, and the most recent success - Afterlife.

Simon Cowell is the talent show villain, turned huge softie. He’s the man that makes dreams come true, but he had to work hard to make his own dream come true to get to where he is now.

He’s worth 325 million now, but he started from the bottom, too. Before becoming the huge music mogul, he had a few knocks as he climbed to the top.

When he left school he worked a few ‘menial’ jobs, including working as a runner on the horror film The Shining.

He then began selling exercise videos at Fanfare Records, but by 1986 his first hit song was with close friend Sinitta, So Macho, was released. A few years later he was almost bankrupt, but managed to come back on top with his determination to succeed.

Celebrity chef and mastermind behind KFC, Colonel Sanders, had to push hard for his big break.

Before he became the face of the most famous fried chicken in the world, he had to graft hard to earn his celebrity status. Surprisingly, it took years before he perfected his ‘secret recipe’ - but Rome wasn’t built in a day.

He was fired from several jobs before his career first kicked off. During the Great Depression he started cooking chicken in a Shell service station. Sleeping in his car and being rejected by many potential partners were some of the hardships he faced whilst he fought to promote his franchise.

KFC has a net worth of 15 billion dollars and is sold in over 130 different countries internationally. Talk about dedication…

The Fête des Vignerons in Vevey Switzerland takes place right here next month. I can't wait! It only happens every twenty years!

This one impresses us, much…

Shania’s parents divorced when she was two, and the family’s financial situation was left quite rocky. That’s why, at the young age of just 10, Shania started performing in bars to make extra money for her struggling family. And her home-life suffered a huge knock again at the age of 21. Her mother and stepfather were both killed in a car accident, meaning Shania had to put her career on hold and look after her three younger siblings.

But she didn’t give up on her dreams...

She continued to sing as she raised her brothers and sister, until they were old enough to take care of themselves. That’s when she moved to Nashville to pursue her career - and the rest is history!

Another singer who didn’t have the easiest of upbringings but managed to make it is Camila Cabello.

Born in Cuba, she and her family crossed the border to America when she was a child. She acquired American citizenship in 2008.

In 2012, she auditioned for the X-Factor in North Carolina, but was dropped at the boot camp stage. This knock didn’t last long, though. She was invited back at ⅕ of what we now know as Fifth Harmony, and the group went on to finish 3rd in the talent show.

Camila has had a successful musical career so far, and is now storming the charts solo.

More of us need to settle our differences with a cup of tea in hand. #michaelcaine #uk #teatime

Michael Caine was born into a food-oriented family, so it was a surprise that he decided to go down a very different path.

His father was the fish market porter of English and Irish heritage and his mum was a cook. In 1952 he was called up to do national service until 1954. He even fought in the Korean War, which changed his views on his previous ideologies.

He began his acting career aged 20, and experienced a ‘really, really brutal’ start. However, he had a big breakthrough in 1964 with the war film, Zulu. Since then, he has gone on to star in Alfie, Italian Job and the Dark Knight Trilogy. 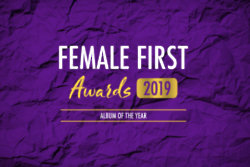