David Beckham Gets Rose Tattoo on His Neck

David Beckham has got a tattoo of a rose on his neck, just above his 'Pretty Lady' inking in honour of his four-year-old daughter Harper.

David Beckham has got a new tattoo of a rose on his neck. 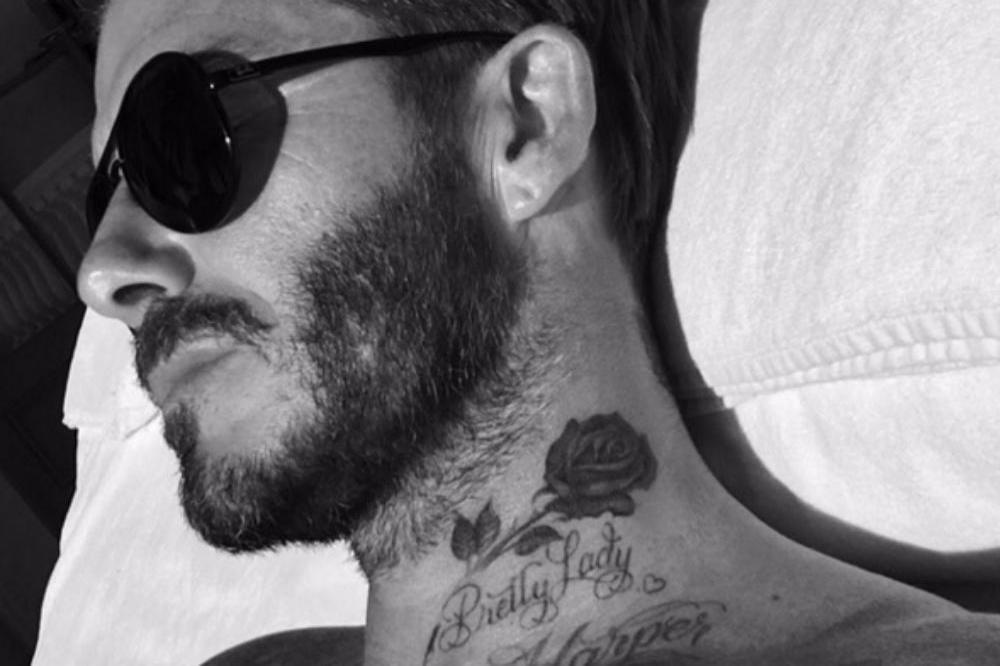 The former soccer star, 40, has had the delicate shaded flower and stem, featuring three leaves, etched on the lefthand side of his skin down towards his collar bone.

His wife Victoria, 41, took to her Instagram account on Friday (23.10.15) to share a snap of her hunky husband lapping up the sun in Los Angeles flaunting his new inking.

She accompanied the black-and-white topless shot with the caption: "Happy Friday x kisses from Los Angeles."

The tattoo takes position just above his 'Pretty Lady' inking, which he got in tribute of his four-year-old daughter, Harper.

David unveiled the artwork in honour of his little girl earlier this summer when he shared a picture of the design and thanked his regular tattoo artist, Mark Mahoney of the Shamrock Social tattoo parlour in Hollywood, California.

He wrote: "Hey Pretty Lady .... Just adding to the collection of tattoos that mean so much to me... Thanks Mark as always looks amazing ... @shamrocksocialclub (sic)"

The handsome sportsman has been on a roll with his tattoos recently as just a few months ago he got the number 99 inked on his little finger in honour of his wife Victoria - the mother of his kids Brooklyn, 16, Romeo, 12, Cruz, 10, and Harper - and the year they got married.

However, the tattoo also refers to his professional life as 1999 saw him win the treble - Premier League, FA Cup and the Champions League - with Manchester United.