Lamar Odom has reportedly tested positive for cocaine after collapsing at a Nevada brothel earlier this month. The 35-year-old basketball star is recovering in a Los Angeles hospital after being found unconscious in a brothel in Nevada on October 13, following a four-day drugs and alcohol binge.

A source has now told TMZ that Nye County Sherrif's Department have obtained Lamar's blood test results, which indicate cocaine was in his body when he was admitted to a Las Vegas hospital.

According to the report, Sheriff Sharon Wehrly said if there was cocaine in his body then it's "distinctly possible" the star could be prosecuted for the use of drugs.

Meanwhile, it was also revealed that Lamar - who was once married to 'Keeping Up with the Kardashians' star Khloe Kardashian - will have to spend at least six months in rehab.

The star's basketball coach and close friend said it will be a "long road ahead" before he will be allowed home.

Former coach, Jim Harrick told America's 'TODAY Sports': "Obviously there is a lot of attention about all this but the thing to remember is that there is a long road ahead to rehabilitation.

"This is serious stuff. It could be six months or more for rehab and all that. We don't know what state his kidneys and lungs are going to be in."

And Lamar is also said to be determined to get better for his estranged wife Khloe Kardashian, 31, after she rushed to his hospital bedside and called off their divorce.

The insider added: "Khloe has been highly encouraged by his motivation to overcome the hurdle of knowing he has a long battle of rehabilitation ahead. He's determined to get better for himself, for Khloe and for everyone else who has shown him love and support." 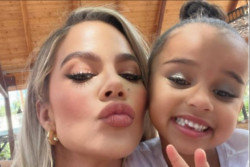 Khloe Kardashian is wishing for 'peace and love only'