Sharapova Withdraws From Us Open

World number three Maria Sharapova has been forced to withdraw from the US Open because of a muscle strain in her right leg.

The Russian has not played a competitive match since she was comprehensively defeated by world number one Serena Williams in the semi-finals of Wimbledon nearly two months ago.

Sharapova withdraws from US Open

The 28-year-old has been forced to undergo limited training in recent weeks due to the problem, which also forced her to pull out of the Rogers Cup in Montreal earlier this month.

The 2006 champion at Flushing Meadows travelled to New York City ahead of the final major of the year, but she has now confirmed via her official Facebook page that she has been forced to withdraw.

She wrote: "Unfortunately I will not be able to compete in this year's US Open. I have done everything possible to be ready but it was just not enough time."

The five-time major winner had been due to take on world number 37 Daria Gavrilova on Monday in the first round in Queens, but the Australian will now face lucky loser Daria Kasatkina in the tournament

Sharapova will instead concentrate on recovering in time to compete in the final few tournaments of the year where she will be looking to add to the two titles she has already won in 2015.

She said: "To all my amazing fans, I will be back in the Asian swing in a few weeks and look forward to finishing the year healthy and strong." 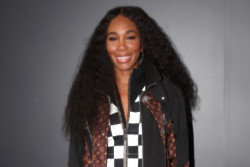 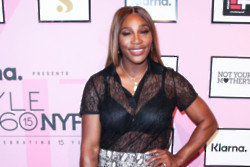