5 Female Celebrities Who Can Spot A Great Investment Opportunity

There’s no doubt that it takes a certain kind of personality to become successful in the celebrity world. Naturally, you need to be driven and focused, but it also helps if you’re bold and not afraid of taking a risk or two. These are also features that you’ll find in most entrepreneurs, so it’s no big surprise that there are more than a few women who have successfully managed to combine a career in the spotlight with equal or greater success when it comes to investing.

Here are just five of the most notable high achievers.

The singer has already shown that she has real talents as an actress, in the 2018 remake of the classic A Star is Born. But she’s also shown real business acumen by investing in an online service called Backplane. This provides celebrities across show business and sport with an easy way to connect with their fans via social media. The fact that Google’s Eric Schmidt also put up $1 million to support it shows she’s in good company.

The winner of 23 Grand Slams is also a champion investor. That’s because she, along with sister Venus, already has considerable investments in both the Miami Dolphins NFL team and the hugely successful Ultimate Fighting Championship, a brand estimated to be worth well over $4 billion. Anyone wanting to follow her example will find plenty of online help to learn how to buy shares in a company. This includes the basic principles of share dealing, strategies for choosing where to invest, and even which online broking services to use.

Behind the social media exterior and the “kult of the Kardashians”, there’s a very shrewd business brain behind Kim. She put it to excellent use in creating the footwear and accessories brand ShoeDazzle, which was later sold, netting a seven-figure profit for her. She has also dabbled in the financial sector with the launch of the K credit card back in 2008.

Diane was one of Hollywood’s biggest stars in the 1970s and 80s. But when the glamour of Tinseltown began to wear off, she turned her attention to investing in property. Focusing on properties with historic pasts on the West Coast, she found a niche catering for the rich and famous. One of her highest-profile clients was that other shrewd businessperson, Madonna. She couldn’t resist a home that had been transformed by Keaton back in 2002, and since then the business has gone from strength to strength.

Fantastic Four star Alba not only has a huge number of screen credits to her name, but she’s also the founder of the cosmetics, cleaning supplies, and baby products business, The Honest Company. As well as owning 20% of a company now valued at over $1,5 billion, Alba also has business interests in the Headspace mindfulness app and the Managed by Q office services company.

Of course, there are countless other celebrities who have also carved out very successful alternative careers for themselves such as Gwyneth Paltrow with her Goop empire – and, no doubt, there will be many more to come. So watch this space! 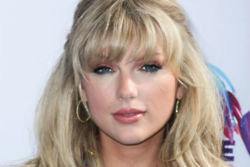 The A-list's most superstitious celebrities 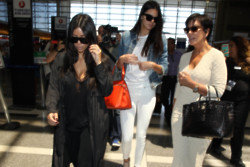 The celebrities that British people don’t think deserve their fame 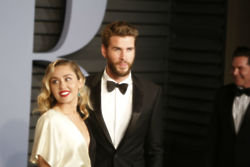