Alicia Silverstone I would Strip For PETA

Hollywood stunner Alicia Silverstone is becoming as well known for animal cruelty campaigning as she is for acting. The beauty who found fame as bratty Cher in Clueless, recently won the title of the worlds sexiest vegetarian in a recent poll.But the star is now looking to break out of her prim and proper appearence recently telling the sun newspaper she wouldnt rule out joining Pamela Anderson in baring all for anti-fur charity PETA.Stunning Alicia, 29, was quoted as saying "I really respect the people who do it, I think its wonderful."Id maybe do it, I wouldnt rule it out but I think so many people are doing it the message is getting across anyway which is fantastic."The star animal rights supporter has also gone on record blasting fur-wearing celebrities like Beyonce and Jennifer Lopez.Silverstone says "I hope people look at them and think it looks ugly. I hope they look at them and think, Those poor girls, why do they feel they have to wear fur?

"When I see someone wearing it I think they must be either really stupid or just evil and dont care.

The star adds that in her opinion if youre going to wear it, you should go and see where it comes from so as to make an educated choice.

Alicia also singles out Paris Hilton saying she used to wear fur all the time, until someone showed her a video of how the animals were slaughtered and she never wore it since. adding she respect her for that."

The sexy stunner quit meat and dairy five years ago and credits her vegan lifestyle for her slinky new figure, putting meat and dairy down as the cause of lethargy and bad skin.

The diet has also given the actress a whole lot more energy. In her latest flick Stormbreaker, she stars alongside Alex Pettyfer and Ewan McGregor as wacky karate supremo Jack Starbright.

Telling the newspaper "My fighting scenes were fun. We had a team of stunt experts from China who taught us how to do it.

Her last action role was as Batgirl in the 1997 flop Batman And Robin. 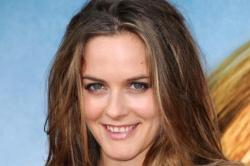 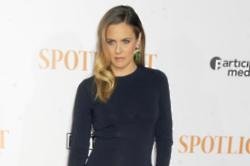 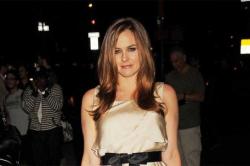 Alicia Silverstone admits to being 'overwhelmed' by fame