Angelina Jolie's stormy love life is to be turned into a film by her former assistant. Patricia Ebert has written a screenplay based on the Hollywood beauty's tempestuous marriage, and subsequent split, from director and actor Billy Bob ThorntonA source said: "The script revolves around a couple who have quite a turbulent relationshipBoth of the people have hot tempers and that is exactly how it was between Angelina and Billy" It is believed the script contains numerous parts which are directly based on the couple's life together, but so far Ebert has refused to reveal any details of the screenplayMeanwhile, Jolie has posed together with Brad Pitt as husband and wife for a magazineThe pictures show the pair, who are allegedly romancing in real-life, posing as the perfect 1960s American couple to promote their movie 'Mr & Mrs Smith'Brad and Angelina are seen lounging in a garden while 'their' three children splash in a pool for the 60-page feature in America's W magazine 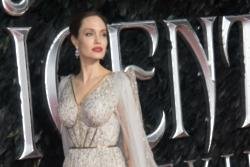 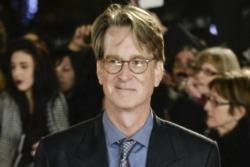