"You know, if it was like yesterday I would've freaked out, but then I looked at the picture and I was like , 'Oh, that's from like 2001. Whatever.'" Smith Ordered To Submit Baby For Dna Test.ANNA NICOLE SMITH has been ordered to submit her baby daughter to a DNA test by 21 February (07) in an effort to end the dispute over who the baby's biological father is.A California judge overseeing the paternity battle between Smith and her ex-boyfriend LARRY BIRKHEAD demanded the model/actress must comply with the new court deadline during a hearing yesterday (07FEB07).Another judge temporarily blocked an order forcing Smith's baby daughter DANNIELYNN to undergo paternity testing last month (JAN07).Smith's attorney, RONALD A RALE, questioned the legality of the test, claiming authorities in The Bahamas, where his client is now living, needed to grant work permits before an American doctor could conduct the test.Both Rale and Birkhead's attorney, DEBRA OPRI, say the DNA test will happen.Smith claims the father of her baby daughter is her longtime personal lawyer HOWARD K STERN.Meanwhile

STERN: 'I'M BEING SET UP OVER DANIEL'S DEATH'

The lawyer admits he was stunned by claims he was seen flushing Methadone down the toilet at the home he shared with Smith in The Bahamas shortly after his partner's son was found dead in the hospital room where she delivered her baby daughter.

Stern insists there are people who are out to set him up for murder, and he's appalled by their "despicable" behaviour.

Speaking out on US news show THE INSIDER last night (07FEB07), he said, "It's unbelievable. The first thing that I did was call my parents because I didn't want them to see that without me warning them first.

"For them to implicate me in Daniel's death, it's just despicable... I would never hurt Daniel. I loved Daniel. Daniel's my family."

He adds, "If anybody testifies that I gave Daniel Methadone or that I flushed Methadone down the toilet, or anything like that... they're trying to set me up." 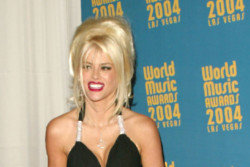 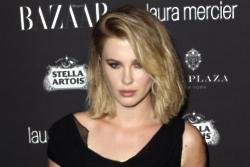 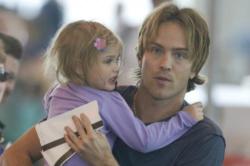