Britney Spears has dumped her photographer lover and filed a restraining order against him.The troubled star ended her relationship with Adnan Ghalib - who she is believed to have started dating last December - after discovering he was cashing in on his romance with her by tipping off his agency FinalPixx with photo opportunities.Britney got her revenge on Adnan by inviting two photographers from a rival agency into her Los Angeles home at 2am on Sunday (20.01.08), saying: "Come with me, let's have fun."As the group arrived at the property the singer's manager Sam Lufti brandished a paper he claimed was a restraining order banning Adnan, 35, from making money from photographs of the star.Britney spent four hours with the two paparazzi drinking champagne and dancing to music including singer Amy Winehouse's album 'Back to Black' and one of her own LPs.One photographer named Roberto said: "We had fun. Britney was funny, very relaxed, dancing a little bit and she carried her little dog all the time. Sam was telling us to not worry about Adnan because they have filed a restraining order against him."Adnan - who was pictured buying pregnancy tests with Britney last week - insists is unaware of any restraining order because he has been at a family funeral.

He said in a statement issued on the FinalPixx website: "All I can say is that I have not been in contact with Britney since early Friday morning (18.01.08). The reason being that I had to attend a family funeral in Santa Barbara. My phone has been off during this time out of respect for my family. I am only now becoming aware of what is being said. I hope to be back home in Los Angeles soon and to be in contact with Miss Spears."

The Los Angeles police department say they are "not aware" of any emergency protective order issued against Adnan. 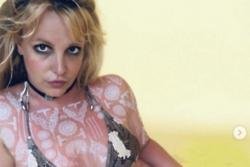 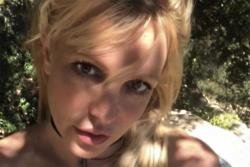