Britney Spears is officially the biggest-selling female artist this century - selling more records than any other woman. The pop babe - who even outsold her idol Madonna - has been more successful than any of her female peers in the past five years. Even big-name stars including Kylie, Dido, Beyonce, Celine Dion and Whitney Houston have been overshadowed by Britney's soaring sales. A spokesperson from Jive Records said: "It really is extraordinary. Britney and everyone here are thrilled. To become the biggest selling female artist of the past five years was amazing, but to outsell Madonna over the past half a decade is beyond our wildest dreams. "It just goes to show what a musical force Britney is." Meanwhile, Britney has reportedly asked Madonna to be godmother to her not-yet-conceived firstborn. The sexy singer, who is desperately trying for a baby with husband Kevin Federline, was said to be so thrilled when Madonna agreed she gave her a diamond-encrusted Cartier watch.

The two celebrities have been friends since the singer introduced Britney to the mystic Jewish faith the Kabbalah over a year ago.

Madonna has since laden the young star with lavish gifts including a 900-year-old Kabbalah book - worth thousand of pounds. 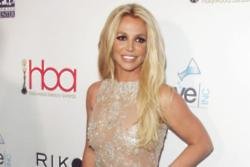 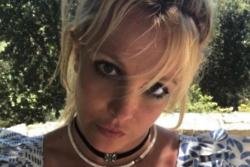