They were even dressed alike!

Cameron and Adam arrived at the up-market eatery at around 1pm, and stayed for about an hour

The 'My Sister's Keeper' actress - who recently split from her British model boyfriend Paul Sculfor after a year-long relationship - and the Maroon 5 frontman were spotted enjoying an intimate lunch at Los Angeles' Chateau Marmont's restaurant on Saturday (16.05.09).

A source said: "They looked really excited to be together. It didn't seem like the first time they met - they were comfortable with each other. Cameron was laughing at all of Adam's jokes and they seemed like such a perfect match. They were even dressed alike!"

Cameron and Adam arrived at the up-market eatery at around 1pm, and stayed for about an hour.

Earlier this month, it was reported the 36-year-old actress and Paul, 38, had decided to split after disagreeing over where they should live.

A source said at the time: "They have fallen out of love. They didn't seem to find time for each other anymore.

"Paul is not too enamoured by Los Angeles and wants to be where his friends are. Cameron thought she could settle in England but missed her old life too much. The romance just died." 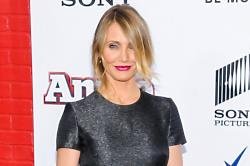 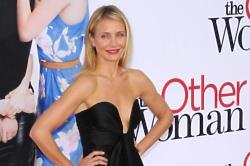