Christina Aguilera has turned down a cameo in 'The Simpsons'.The sexy star was offered a part in the latest series of the hugely popular animated show but snubbed the offer.Producers had wanted the 'Dirrty' singer to play an aspiring pop star competing in a parody of US TV talent show 'American Idol' However, Christina, 24, rejected the part forcing producers to look elsewhere.Meanwhile, 'The Simpsons' star Nancy Cartwright has revealed the movie version of the much-loved cartoon show is underway.The actress, who voices Bart Simpson, confessed last month the long-awaited project is finally in pre-production after months of speculation She said: "We've just done the table read for 'The Simpsons' movie, so now we're actually in production."Previstarted in 1989, would end with a big-screen adaptation.ously, creator Matt Groening had hinted the series, which But Groening recently revealed he had no plans on calling time on the show because it was still attracting massive viewing figures. 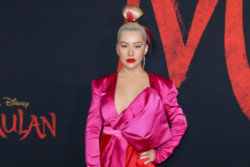 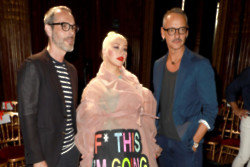 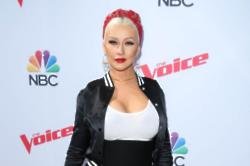 Christina Aguilera 'clashes' with own anxieties