Farrell's penis 'too distracting' for audiences Scenes showing Colin Farrell's penis have been cut from a new film he's made - because it's too distracting for audiences. The Irishman's nude scenes have been cut from A Home At The End Of The World.The decision was taken after test screenings of the film.A source told The Sun: "All you could hear were gasps when Colin appeared in his full-frontal pose. The women were over-excited and the men looked really uncomfortable. "It was such a sight it made it difficult to concentrate on the plot, so the decision was made to get rid of it." Michael Mayer, who directed the film, in which Farrell plays a bisexual in a love triangle, said: "It was distracting." However, Farrell has apparently demanded that the scenes be included when the film is released on DVD. 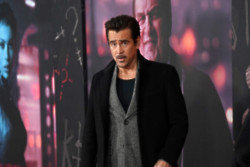 The Penguin series is coming to HBO Max 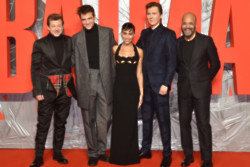