David Beckham is set to launch a worldwide appeal to help the victims of the Asian tsunami. The England football captain, who is married to former Spice Girl Victoria, will record the TV and radio plea today (10.01.05) in a secret location in either Spain or the UK. The handsome star will ask people to give generously to help countries affected by the Boxing Day disaster as he was desperate to help the cause after he was told by his football club, Real Madrid, that he couldn't visit the area because of his schedule. An insider said: "David has been deeply touched by this tragedy and was determined to do his bit." A spokesman for David said: "He is likely to channel his efforts through Unicef and we're in early discussions at this stage to aid relief effort." Last week, it was revealed that Sir Elton John, Rod Stewart and Steven Tyler had all signed up to record a charity record to raise money for the victims. Other big names who have already agreed to perform on the single, which will be a cover of Eric Clapton's Classic hit 'Tears in Heaven', include Gwen Stefani and Robbie Williams.

The charity song is the brainchild of Sharon Osbourne and will also feature Sharon's husband Ozzy and daughter Kelly.

Clapton himself will not feature on the record - originally released after the death of his four-year-old son Conor, who fell from the window of his high-rise New York apartment - but was happy to give permission for the song's use. 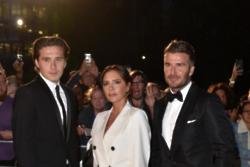 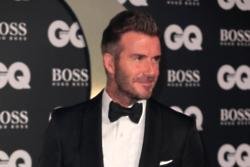 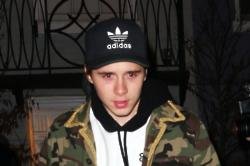