JACKSON'S EX BANNED FROM TELLING KIDS SHE'S THEIR MOTHER MICHAEL JACKSON's custody settlement with DEBBIE ROWE - the mother of two of his children - is so strict, she is reportedly forbidden from telling them she is their mother. Rowe, who gave birth to PRINCE MICHAEL I, eight, and seven-year-old PARIS, gave the THRILLER singer a glowing reference as a father at his child molestation trial earlier this year (05). But she is still allegedly subject to a one-sided secret agreement she made with Jackson, which gave him sole custody of their children, according to the New York Daily News. A source tells the newspaper, "Debbie is not supposed to tell the kids she is their mother. That topic is off-limits. But it will be revisited when they are older." Rowe had reportedly not seen her children for five years before an arranged meeting chaperoned by Jackson's nanny GRACE RWAEAMBA in a Los Angeles hotel in August reunited them. The source continues, "(The children) handled it fine, but were a bit bewildered. Grace runs the show. She's the one Debbie will have to deal with." 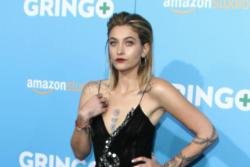 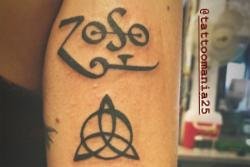