Diane Keaton has admitted her romances with Jack Nicholson, Woody Allen and Al Pacino were doomed because she couldn't boss them around.

The 66-year-old actress has admitted her relationships with Hollywood legends Jack Nicholson, Woody Allen and Al Pacino fizzled out because she didn't have the right "managerial" or "nurturing" skills to handle such strong men.

She told Ladies' Home Journal: "They needed the right kind of woman. Managerial skills are necessary to handle men like that and I'm not the manager type.

"I also don't think I have a lot of nurturing skills. I needed as much as they needed and that's not a good mix. I didn't choose wisely for a long-term partnership where we could weather experiences together and be there for each other."

The 'Annie Hall' actress never married despite enjoying a series of flings with some of the world's biggest leading men, and revealed that dating Oscar-winner Jack was particularly "exhausting" because he is "very adept at being the person you want to watch".

The quirky star and self-confessed "oddball" - who has adopted daughter Dexter, 17, and 12-year-old Duke - admitted to making mistakes over the years, but said the most valuable lesson life has taught her is to make the most of every day and just have fun with it.

She laughed: "So you make a mistake here and there, you do too much or you do too little. Just have fun. Smile. And keep putting on lipstick." 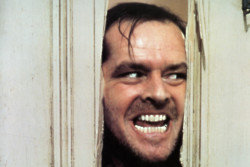 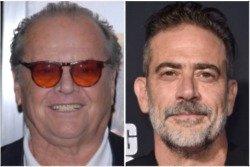