'Joey' star Drea De Matteo has confessed to a string of lesbian romps. The stunning actress, who plays Matt Le Blanc's younger sister, Gina, in the 'Friends' spin-off series, has admitted that she enjoys dating men but also indulges her sexual desires with female friends. She is quoted by Britain's Daily Sport newspaper as saying: "I love men and they're who I go out with. But every now and then - well I can't say I've never been with a woman." Meanwhile 'Joey', which launched in Britain this week, is already being lined up for a second series, with former 'Friends' stars Jennifer Aniston and David Schwimmer set to make guest appearances. But the 33-year-old Drea, who also played mob boss's lover Adriana in US TV show 'The Sopranos', says she is hoping that the next series of the smash-hit series will be postponed so she can start a family. The Hollywood babe has revealed that she is desperate to have a baby with actor boyfriend Tim Giblin, but plans to become a single-mother after being inspired by 'Tomb Raider' star Angelina Jolie.

She added: "I want children but I have no intention of marrying.

"I can't imagine ever spending more than seven years with someone. "Look at Angelina Jolie. If she can do it, I can do it." 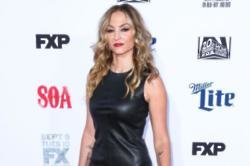 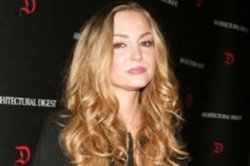