I'm sure I'm sadder about it than I admit, but I accept that it was a lot easier than my mother's and my relationship, which is more tumultuous.

The 'He's Just Not That Into You' star legally emancipated herself from her parents when she was 17 and has barely spoken to her mom Jaid since.

She said: "My mother and I split ways when I was very young and have never really reconciled."

Her relationship with her father - actor John Barrymore, who left before Drew was born and was absent for most of her childhood - was also difficult.

The 34-year-old actress made peace with him shortly before he died of bone cancer in 2004 but is still sad their relationship wasn't easier.

She told W magazine: "He was so feeble, I could actually nail him down. He was such a flighty bird - unattainable and off doing his own thing. I'm sure it's affected my relationships with men.

"I'm sure I'm sadder about it than I admit, but I accept that it was a lot easier than my mother's and my relationship, which is more tumultuous."

But despite her grief, Drew says her troubled childhood came in handy when she was filming upcoming movie 'Grey Gardens'.

Drew plays Edie, a devoted daughter who gives up her life as a socialite to live in squalor with her mother.

She said: "I was excited to bring my own pain to something. I mean, contrary to my happy-go-luckiness, I have so much darkness in there.

"I got institutionalised as a kid, and I felt like I was back there. A lot of times I found myself unhappy and isolated, and the only other time I felt that way was when I was in there." 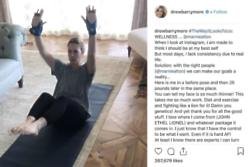 Drew Barrymore 'works her butt off' in training 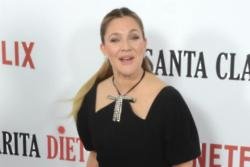 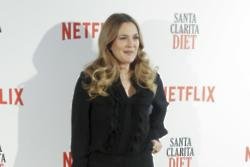