Eminem has set a date to re-marry ex-wife Kim Mathers.The foul-mouthed rapper and blonde Kim - who recently re-united - will reportedly exchange vows for the second time on January 14.America's The Star has allegedly seen one of the official invitations to the nuptials.It reportedly says: "This day I will marry my best friend, the one I laugh with, live for, love."He then invites his friends and family to attend the wedding of "Kimberley Anne Mathers and Marshall Bruce Mathers III on 14 January at 5pm".The hip hop star announced he had rekindled his tempestuous romance with Kim - who he married in 1999 and divorced in 2001 - during a radio interview earlier this month.He said: "We have reconciled and are probably going to remarry."

Eminem also referred to Kim, who has battled drink and drug addiction in the past, as "my wife Kim" throughout the interview with America's WKQI radio station. 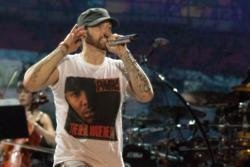 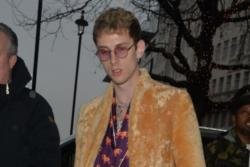 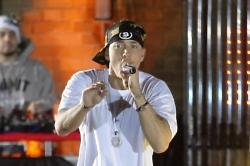