Eva Mendes doesn't like wearing low cut tops, but will "bring the girls out" on special occasions.

As for cleavage, I'll bring the girls out at certain times but I don't parade them too often

'The Women' actress - who has been dating filmmaker George Gargurevich since 2002 - admits she prefers to keep her ample chest under wraps.

She is quoted as saying: "I don't wear short things. As for cleavage, I'll bring the girls out at certain times but I don't parade them too often. I like to keep them for special occasions!"

Eva, 34, recently revealed she loves wearing high heels, but never buys heels above 5ins because she finds it so difficult to move around.

She said: "I absolutely love shoes. I can never have too many pairs. I especially love ones with huge stiletto heels - but it's always a circus act when I walk in them. I am all over the place."

Eva can next been seen in revolutionary animated movie 'The Spirit', in which she stars alongside Scarlett Johansson and Samuel L. Jackson. 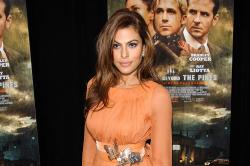 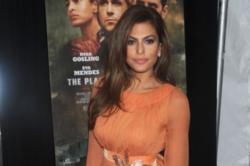 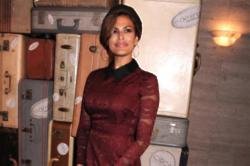