Felicity Huffman had a hard time finding a realistic fake penis for her latest role.The 'Desperate Housewives' actress needed the phoney phallus to play a transsexual in new movie 'Transamerica' but admits tracking one down was more difficult than she thought.She said: "We were on our second day of shooting, trying on some undergarments, when I realised something was missing."I had to visit loads of sex shops before I found a realistic looking flaccid penis."Huffman recently revealed she became so attached to the prosthetic penis she had to wear in the film - she gave it a name.The sexy blonde called the false manhood Andy - after a costume assistant's "idiot" ex boyfriend.She revealed at the time: "I pretty much wore it the whole time except for a couple of times in Arizona when we were in the station wagon with no air-conditioning and it was too hot." 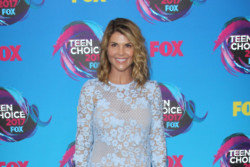 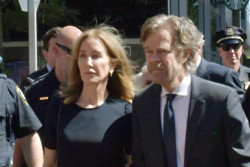 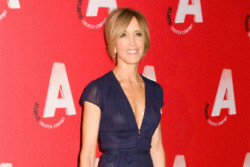 Felicity Huffman wants her passport back