Black Eyed Peas singer Fergie's new song is about four-in-a-bed sex.The pop babe recently released her first solo single 'London Bridge' and after hinting it was about a bedroom activity the racy topic of the track has now been revealed.The song, which is included on her debut solo album 'The Dutchess', refers to when two women and two men have sex and form a position to make a 'bridge'.Despite writing about the racy subject, Fergie insists she has never participated in the act.She is quoted as saying: "Have I ever been involved in one? No I don't think I ever have actually. No, no I haven't. But I'm definitely touching on issues that aren't childlike!"Fergie, real name Stacey Ferguson, has previously refused to talk about the song's subject matter when quizzed about it.In the chorus of the song she sings: "How come every time you come around, my London Bridge wanna go down?"

But when she was recently asked what the lyrics referred to, Fergie said: "That's the magic question. I'm not going to be specific with it because it can have several meanings. People should use their imagination." 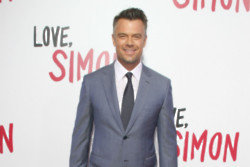 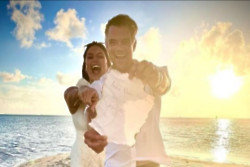